On Friday, May 22 Cold Black River will play “Live” from the WORT studios at 10pm-11pm during Ted Offensive’s show, Songs of Safety and Manners.

Fresh from the release of their latest recordings “Shotgun” and “Voices”, available for free download on their website www.coldblackriver.com, CBR have been working the region. “Pushing the sound is important. You’ve got to let people know you’re out there, you’re excited about performing, and you want to do your best to give them a great show.” said CBR’s lead vocalist and bassist in a recent interview. 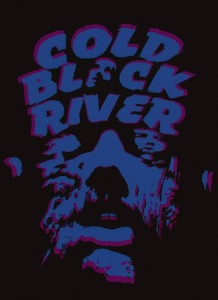 Boasting influences from Alice in Chains and Kyuss to Sabbath and Tom Waits, this trio know how to command the stage. “Nothing sounds better than when you’ve finish a song and some guy in the back yells “F**k Yeah!” above everyone else. Then you know you’ve done your job.” Eric recalls.

CBR submerge the audience in a mix of heavy riffs, well crafted hooks and dynamic vocals. From the fast paced rocker “Shotgun” to the blues influenced super heavy waltz (did I just say super heavy waltz?) of “Voices”, CBR don’t mind culling sounds from all over the sonic map.

Cold Black River will soon be releasing a music video, shot from the perspective of their instruments, for “Shotgun” along with two more songs for free download titled “Old West Undertaker” and “Hollow Man” all direct from their website www.coldblackriver.com.

Host D.J. el Serpentine explores the wildest kingdoms of all untamed rock music that jumps genres and spans the decades.