This fall, the WORT “family” has experienced a number of losses which we have been feeling very deeply. We fondly remember these individuals, being grateful for their friendships and all of the ways that they contributed to our communities and enriched our lives. 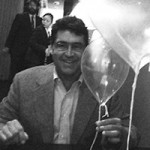 Live music enthusiast Johnny Miller passed in early October. Johnny was well known and well loved in the music community for his frequent presence at shows where you could find him dancing up front and taking video clips which he shared on social media. Johnny volunteered at WORT community events and also answered pledge phones. 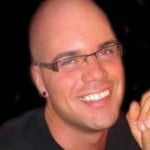 Jason Lapiin passed away in mid October. Jason began volunteering at WORT in 2003, working behind-the-scenes at WORT as a Music Department Assistant. In 2012, while earning his associate degree in Web Programming from Madison College, Jason interned in WORT’s IT department. Jason was a sweet and gentle soul. His interests included the outdoors, technology and music and he most treasured the time that he spent with family and friends. 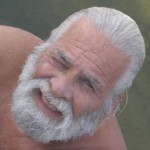 Jeff Goldstein, a lifelong social justice activist and avid WORT supporter, passed away in mid October following a major heart attack. Jeff graduated from UW Madison and was a postal worker for 14 years. He and his wife Sarah assisted in the Mississippi Delta grassroots movement through Madison Measure for Measure. They also officiated at many weddings and memorial services and drove families to visit loved ones incarcerated at Waupun prison. Jeff traveled to Cuba in 1992 with Pastors for Peace to deliver food and medical supplies. Jeff was a member of the Clarence Kailin Chapter of Veterans for Peace. It occurs to me that Jeff probably bicycled up to the Pearly Gates and is right now regaling St. Peter with a series of jokes! 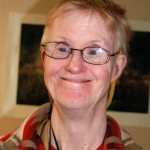 Paul Kessenich passed away peacefully at home in mid October at the age of 67. Born with Down’s Syndrome, Paul was home schooled by his mother and later attended St. Coletta’s. His parents helped created Orchard Hill, a residential community where Paul d met lifelong friends. When community placement was mandated, Paul lived with friends, including his lingtime roommate, Duane Meyer. Paul worked at the Madison Area Rehabilitation Council. With assistance from Responsive Emplyement Services, Paul worked many jobs including restaurants, Dand County Health and Human Services and WPS. Paul volunteered at WORT a number of years ago, assembling packets of information to be used in the recruitment of volunteers and interns. Paul loved voicing the station ID announcements live on Tuesday afternoons during his volunteer shift. He had a lifelong passion for Native American books, art and music. 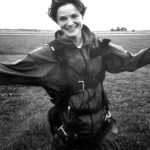 Leah Nicol Steele (sister of Alisha Steele, sister-in-law of Martin Alvarado of “Global Revolutions”) passed away at the end of November. She is remembered for looking for the best in people and finding it as well as her good natured attitude, determination and adventure seeking spirit. Leah enjoyed attending live music events and dancing. Her family wrote: “She bravely battled bipolar all her adult life and in the end it was the one fight she would lose. Her life was a bright flame that was extinguished far too soon for the ones she left behind.”

We also mourn the sudden loss of Mike Frautschy a few weeks ago from an apparent heart attack. (See the separate article: Mikes for Mike)

To all of these dearly departed members of the WORT community we say “Presente! You enriched our lives immeasurably and we will remember you!”

WORT is a 501(c)3 nonprofit. All donations to WORT are tax deductible to the full extent of the law. Tax ID 23-7328965. For more information, contact pledge@wortfm.org.