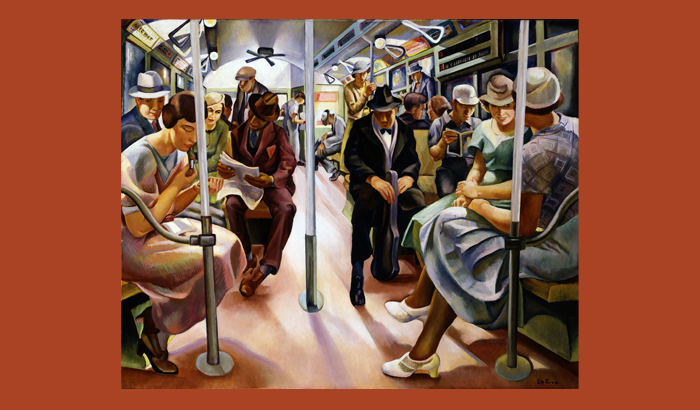 A government employment program for painters, and we don’t mean house paint.  On Monday, March 11, 2013, Russell Panczenko, director of the Chazen Art Museum, talked about the new exhibit, 1934: A New Deal for Artists.

“In 1934, Americans grappled with an economic situation that feels all too familiar today. Against the backdrop of the Great Depression, President Franklin Delano Roosevelt’s administration created the Public Works of Art Project—the first federal government program to support the arts nationally. Federal officials in the 1930s understood how essential art was to sustaining America’s spirit. Artists from across the United States who participated in the program, which lasted only six months from mid-December 1933 to June 1934, were encouraged to depict “the American Scene.””

Listen to the interview below.