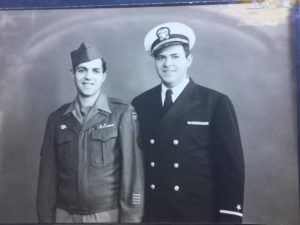 Delving into family history can remind us about overlooked facets of the past. For example, the role that Jews played in resisting Nazi oppression and liberating Europe during World War II.

Daniel Mortensen, East Side Madison resident and Edgewood College Lecturer was looking into his Jewish father’s side of the family when he read the memoir of his Great Aunt Gladys. The memoir included letters sent to Gladys by her brother, Artie, who fought in World War II while in the US army. 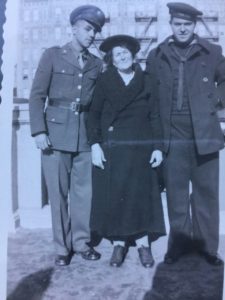 One letter really caught his eye. The letter is dated May of 1945, and it describes Artie on leave in Paris, where he meets a stranger outside of Notre Dame Cathedral.

Artie and the man exchange words in languages that the other doesn’t understand until they stumble upon a common language, Yiddish. The man, probably a Polish refugee, was a fighter in the FFI, a French resistance group.