Today, members of several decarceral groups held an action outside  the Governor’s Mansion in the Village of Maple Bluff.

They’ve been doing so on a regular basis for more than a month, urging Governor Tony Evers to take action to curb the spread of COVID-19 in Wisconsin prisons, or even acknowledge the situation.

“When I was incarcerated, he was running for election, and I remember the phone calls of all these women that got on the phones and called their friends and called their family members and encouraged them to vote for him because they thought that he was going to bring about change, because they took him at face value when he said that he cared for us and he cared about the dysfunction in the criminal justice system,” says Niki Wilichowski, a manager with the Wisconsin ACLU’s Smart Justice Campaign.

“And unfortunately, he sold us all dreams.”

During the pandemic, there have been over 8,100 confirmed cases of COVID-19 among incarcerated people in Wisconsin. That’s according to the Department of Corrections dashboard.

That’s more than 30% of the  roughly 21,000 people currently incarcerated in Wisconsin prisons. Eleven inmates have died, over 3,900 are currently in quarantine as of Monday. There have been over 1,700 confirmed cases among staff members, over 300 of which are still active.

Decarceral activists from a variety of groups, including ACLU Smart Justice, Ex Incarcerated People Organizing or EXPO, WISDOM, and MOSES say they’ve been calling on Governor Evers to do something about COVID in Wisconsin prisons for months, but they haven’t seen or heard much from his administration.

In the spring, the Department of Corrections released almost 1,600 inmates to prevent the virus from spreading. But the situation has worsened since then. Activists are calling on the governor to release nonviolent offenders or those held for technical violations.

“Let’s look at those who are there who have less than a year on their sentence,” says Jerome Dillard, statewide director for EXPO. 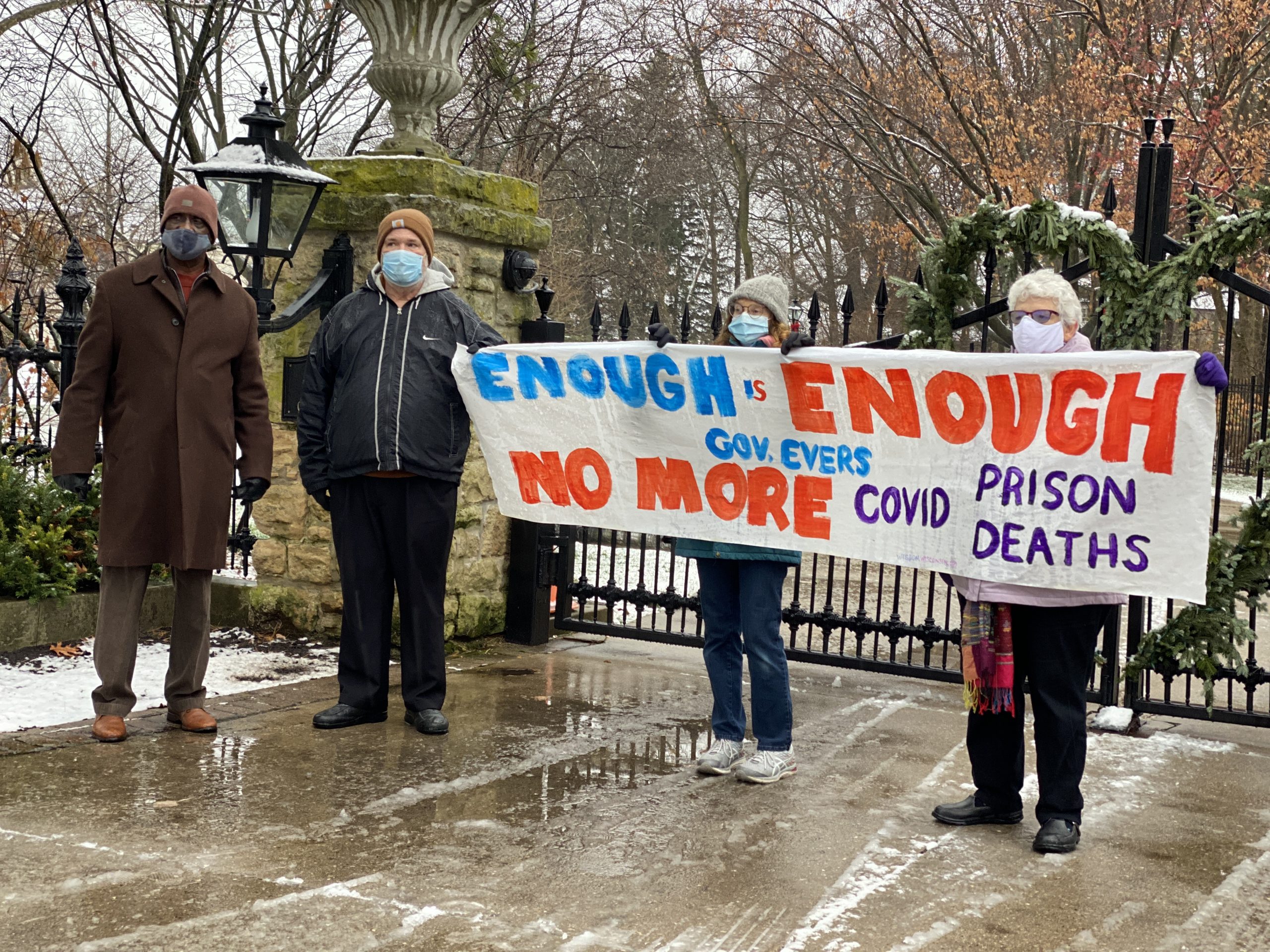 “Let’s get them out. I mean, we have many who went back into our prison system, not for new charges, but because of how community corrections does business and locks people up on mere allegations and relocate them, send them back to prison. We have thousands of them, I mean really, we have at least 7,000 who have less than one year left on their sentence. Let’s look at those. Let’s look at the crime. If there’s not a crime offensive to an individual, if it’s property crime, let’s get them out and monitor them in the community. Let’s create some form of social distancing in there. It can easily be done.”

Dillard also criticized Evers for running on a platform of reducing Wisconsin’s spending on prisons, but proposing an increase when he actually wrote the budget.

Ron Alexander’s son Michael is incarcerated at Jackson Correctional Institution in River Falls, a medium security institution where roughly 30% of the population has been infected by COVID-19.

Using COVID-19 numbers and total population numbers from the Department of Corrections, 274 inmates — out of a population of 894 — have tested positive for the virus at Jackson.

Alexander says the Governor, and those in power, need to be more considerate of incarcerated people.

“The thing that really irks me most, the governor goes on regularly and makes a plea to the citizens of Wisconsin and never mentions the citizens in the prison,” said Alexander. “The devaluing of individuals who are incarcerated just really irks me. These are people that, for a variety of reasons, made some mistakes. No doubt about it. And, you know, maybe need to do some prison time. But they are still citizens of Wisconsin.” 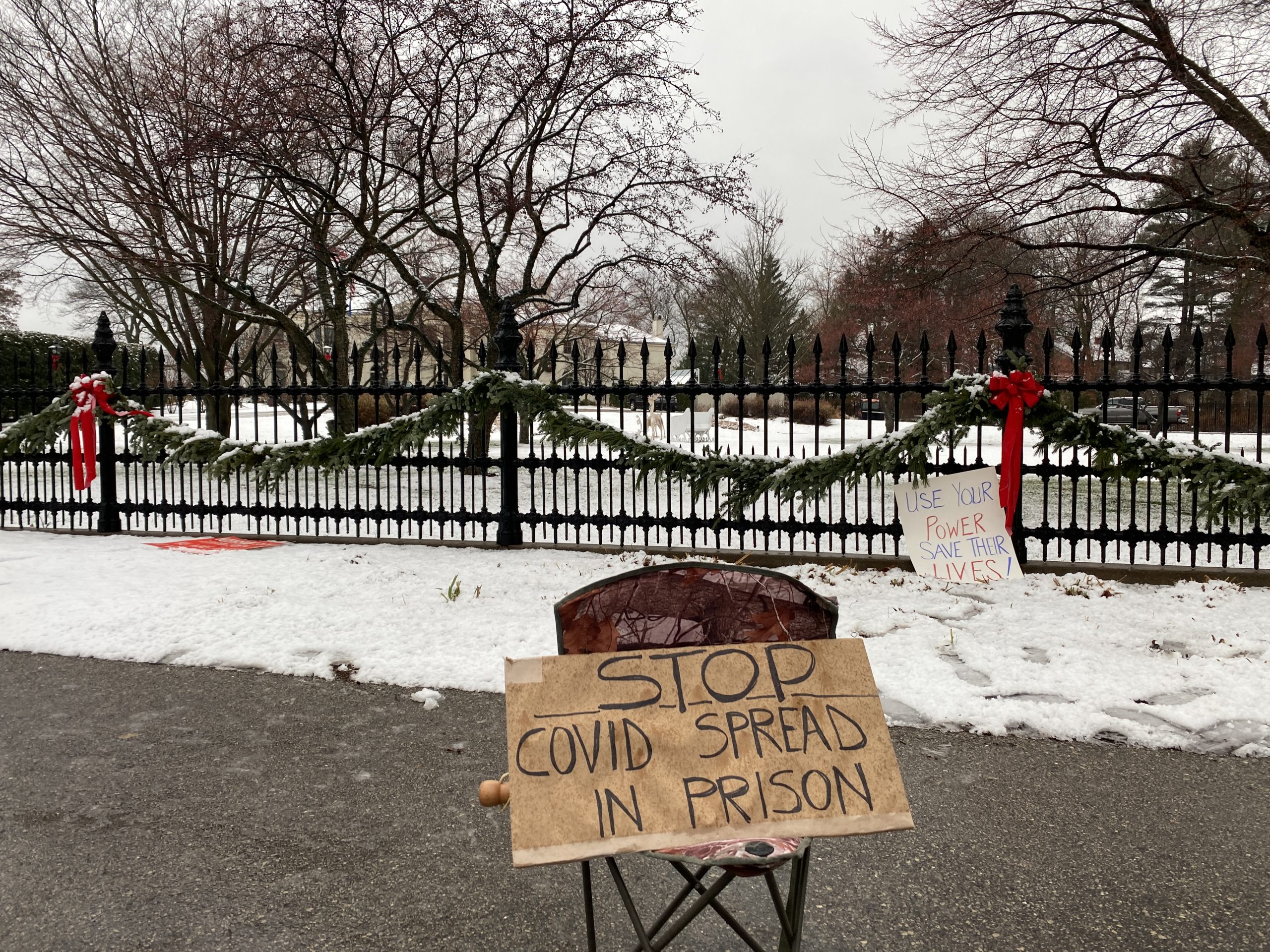 Evers did not respond to a request for comment by time of broadcast. David Liners, the state director for the faith-based, decarceral group WISDOM, says while he met with the Governor in July, he hasn’t heard any follow-up or a plan for action since. He says that the governor needs to act right now.

“So we’re here to say enough is enough with looking like a nice man, and making nice promises, and doing nothing,” said Liners. “[The Governor] can’t keep complaining that the Republicans are ignoring COVID-10 when he’s ignoring it in a particularly vulnerable group of people that are under his responsibility,” says Liners.

Story by Martin Rakacolli. Photos and audio by Chali Pittman.