Who would have thought that a science radio show would be plugging a TV show? But Perpetual Notion Machine producer Dennis Shaffer not only loves science, he is a bit of a history buff. And the cable television National Geographic Channel has been airing a docudrama series on the life of Albert Einstein called Genius. The actor Geoffrey Rush plays Albert from age 40. The series is based on the book by Walter Isaacson called Einstein: His Life and Universe. One of PNM’s past producers, Jim Carrier, managed to talk with Isaacson about the book. He describes the nature of Einstein’s genius and his down-to-earth, so to speak, personality and manner. Also, Dennis Shaffer talks with UW-Madison’s C. Shawn Green to discuss what genius actually means. In reality, when brilliant imagination fuels intellectual ability, genius goes beyond the established tests, measurements, and IQ scales.

To learn more about the series Genius, and to catch up on past episodes go to the National Geographic Channel website. 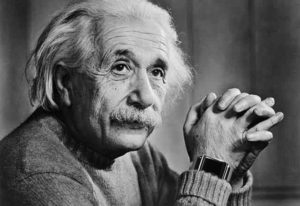 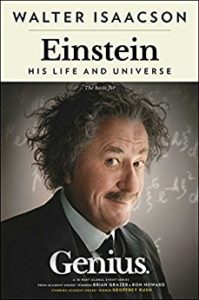