Throughout the last several months, UW-Madison’s Continuing Studies program has featured seminars and courses highlighting Aldo Leopold and his contributions to conservation. So, in this Earth Day edition of the Perpetual Notion Machine, we explore Aldo Leopold’s legacy, but also whether he’s still relevant in today’s society. Joining us are two scholars who know all about what he’s meant to conservation. Curt Meine is Senior Fellow at the Aldo Leopold Foundation, a conservationist, and Aldo Leopold biographer. Jennifer Kobylecky is Director of Education at the foundation. In Leopold’s early years, conservation was a new phenomenon that introduced a new way of thinking and relating to nature. All habitats, the land, are interconnected with each other, and all the inhabitants of the land, including humans, are also interconnected with the land. This means that people must realize the importance of nature to life, and to change preexisting attitudes, values, even conscience. As Leopold came to understand this, he became one of the leaders of a new field called ecology, and specified his philosophy as a “land ethic,” which he describes in his book A Sand County Almanac.

In some ways, Aldo Leopold may not be very well remembered in this country. But, according to Jen, conservationists from around the world know of Leopold and want to understand the land ethic in order to apply his concepts to save their own native habitats and wildlife. Many will be descending on Baraboo from June 22 to 24 for the Building a Land Ethic Conference. This year’s theme is Bridging the Rural/Urban Divide. How appropriate in this age of partisanship and the politics of resentment. For more information and to register click here. 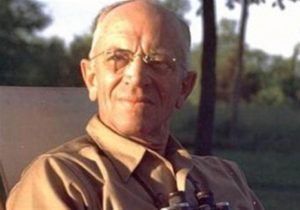