PHO is a Twin Cities funk band creating a new “Minneapolis sound” utilizing modern taste and classic influences to break musical boundaries.  While never forgetting the rhythms and grooves of those who came before them, PHO is striving to carry the torch into the instrumental future of funk with incredibly rich originals that take us back, while groovin’ us forward.  They have been acquiring new fans with each appearance, they attracted a truly unexpected fan when Prince caught a live performance from their YouTube page, which prompted an invite to open for Larry Graham (Graham Central Station) at the iconic Paisley Park . That performance triggered another Prince Tweet: “Come back anytime. Just Holla.” Having the blessing of “The Purple One” before his untimely death has pushed PHO to continue cultivating the Minneapolis sound’s legacy that has inspired so many to fall in love with the feeling. 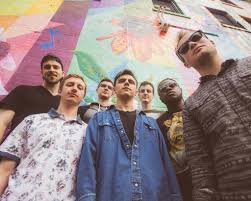 I had the opportunity to catch up with guitarist, Joe Paris, and trumpet player Lukas Skrove before they head to Madison for their Sunday, July 30th at 12:15 P.M. set on The Madison Heritage Stage for AtwoodFest 2017.  We spoke about that moment when Prince reached out to them with an offer of a lifetime and how they have taking that gift from him and used it as a springboard to keep that special sound alive.  They painted a picture of what unfamiliar fest-goers can expect when they hit the stage and why they love to keep coming back to Madison.  We dove into how all their new found funky friends and experiences helped create the newest release, Two.  For this release, there was no shortage of vintage vibe amidst a playground of old ‘70s synths and classic guitars, all articulated in the expansive array of musical colors ever-present throughout the mix.  At the end of the chat, we find out what television show the boys think they could remake the theme song for….it’ll make you hungry. 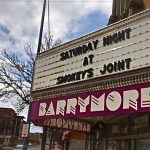 Come and hang out at Smokey's Joint, where the soulful funky grooves are your Saturday night party just waiting for you to tune in.