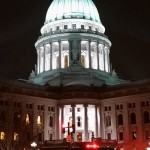 Political scientists often study voter and lawmaker behavior — and report on it after the fact. But now, as Wisconsin state lawmakers consider radically changing the balance of power in state government, some are speaking out about what they see as threats to the democratic system itself.   They’re taking to Twitter, they’re writing op-eds […] 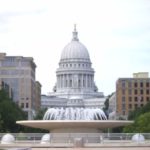 Republicans at the Capitol are making moves this week to limit power of newly elected Democrats before they take office in the spring. Democratic lawmakers and a variety of protesters are attempting to slow those measures. People packed the legislature’s finance committee room during their public Lawmakers started their public hearing shortly before 2 pm, […] 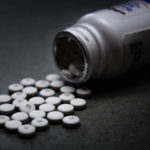 The opioid epidemic continues to take its toll on Madison. The Madison Police Department says the number of people dying from heroin overdoses is up more than 80 percent compared to last year. Now, one Madison organization plans to use new grant money to treat more people. The State Department of Health Services grant used […] 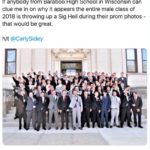 A photo of Baraboo High School students before prom made national news after it went viral this month. The photo shows about 60 boys from the high school doing what appears to be a Nazi salute. Now, the district says they won’t punish the students. They say it would violate their first amendment rights. But […] 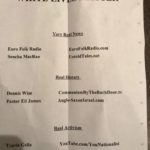 Spring Green residents are banding together after residents found racist posters around town — stuffed in mailboxes and scattered on windshields. The flyers are simple. White sheets of paper headlined White Lives Matter with links to six different racist and anti-Semitic websites and YouTube channels. No photos. No contact information. Just typed out links to […] 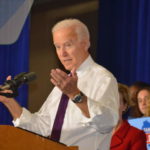 Former Vice President Joe Biden was on the U-W Madison campus Tuesday, campaigning for Democrats ahead of next Tuesday’s election. Biden joined U.S. Sen. Tammy Baldwin, candidate for Governor Tony Evers and attorney general candidate Josh Kaul at Gordon dining hall. He had sharp words for the Trump Administration, calling this election a battle for […]