On Wednesday, June 12th, Buzz host Jan Miyasaki talked with Katherine Christenson about the Badger Honor Flight network and her experience with it. Badger Honor Flight is an affiliate of the national Honor Flight network, which allows elderly or terminally ill WWII and now Korean/Vietnam War veterans to visit memorials around the country that have been established in their honor. Christenson accompanied her father, a veteran, on one of these flights in May. She described it as both moving and empowering to see veterans finally receive recognition that they were not necessarily given when they first came back from war. 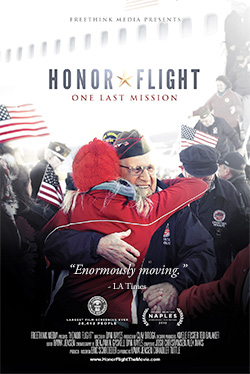 Christenson also announced that there will be a showing on Friday, June 14th of the movie One Last Mission, which describes the journey of one Honor Flight. The showing will be at the Opera House in Stoughton.