BandSwap 2014 has announced its winners!

Bandswap, according to Local Sounds Magazine, is “a collaborative event that will highlight and promote the music scene of eight cities, including Madison, through a collaborative, nationwide effort with venues, media, fans and bands. This is a project of SpokesBUZZ, a [nonprofit] organization, headquartered in Fort Collins.”

Ever since Madison was selected to participate in this contest, they’ve attracted 30+ local bands and performers. 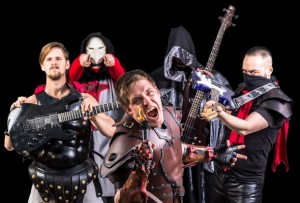 Last year Sexy Ester was the top BandSwap act from our area. This year, Lords of the Trident was chosen to represent Madison. They’ll perform at the Frequency on September 20th, along with Fort Collins band Stella Luce.

The four other bands selected to help represent Madison were:

One of the five bands will be selected for a performance slot at next year’s Madison Area Music Awards.

Congratulations to this year’s winning band! To read more about the winners, here’s the official Local Sound story.