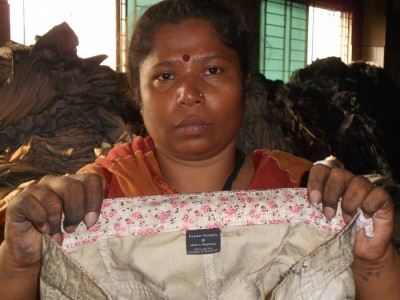 She said today: “The fire is a tragedy, but unfortunately not a surprise. Bangladesh has received a lot of attention in its role as a large garment producer, and as such, has been targeted in some high profile international anti-sweatshop campaigns and labor solidarity efforts. Yet this fire seems to highlight the weaknesses of that strategy to improve working conditions from the outside, particularly when a country depends so heavily on low wages as its comparative advantage in a global export model. After several decades of intensive garment production for export, the conditions of Bangladeshi garment factories have barely improved. Average wages are still among the lowest in the world. Working conditions are often extremely dangerous. At the same time, retailers or brands, such as Walmart or Nike, have inordinate bargaining power over the factories in Bangladesh (and the Bangladeshi government). This can allow the Walmarts and Nikes to increase profits, consolidate their wealth and strength, leading to a high degree of concentration in the industries. This helps develop ‘buyer-driven supply chains’ where the buyer (e.g. Walmart) sets the terms of contracts. It is possible that Walmart could then use that excess profit to provide better wages and working conditions in the U.S., but in most cases, it does not. It uses its increased monopoly power in the U.S. as well, growing in size and becoming large enough to set wage levels and keep them low. This is no ‘free market’ in any sense: the large retailers have monopoly power over their suppliers, and what we call monopsony power over workers in the U.S. retail market. There is no free-willed negotiation between equal partners, whether that be Walmart and suppliers, or Walmart and retail workers.”

Read more about the tragedy: