Madison live music fans have a big night ahead of them this Thursday, February 10. Rapidly-rising band Goose will be making their Madison debut at The Sylvee, while hometown heroes The Pine Travelers will be hosting free shows both before and after at the High Noon Saloon.

Their ability to patiently build to exquisite musical peaks has set off heated debates about the appropriateness of comparisons to other jam band stalwarts. After making their Wisconsin debut in 2021 at a pair of sold-out shows at The Pines Music Park in Eau Claire, expectations are high for this show, with many fans traveling long distances to help celebrate their first time in town.

Meanwhile, Madison’s own Pine Travelers will give people the opportunity to warm up and cool down their dancing legs with a free show at the High Noon Saloon with sets both before and after the activities at The Sylvee. Working hard across an ever-expanding list of Midwest venues, the Pine Travelers fuse roots in folk and rock with a musical curiosity that dips into other genres such as funk.  Formed in 2015 around the songwriting of guitarists Nick Clutter and Alex White, the Pine Travelers are bringing new energy and excitement to the Madison jam band community.

On the February 5th edition of the XL II 90 Live Music Radio Hour, NuFone Rick previewed this exciting night of music. He also got the chance to chat with guitarist Nick Clutter and bassist Caleb Hopwood of the Pine Travelers, who talked about the origins of the band and what folks can expect at their upcoming show. Beginning with selections from the Pine Travelers including a 2019 performance at the Summer Camp Music Festival in Chillicothe, IL, the show then turned to tracks from Goose’s 2021 shows in Eau Claire, before closing out the show with three hot off the presses tracks from Goose’s well-regarded West Coast run from earlier in the week. 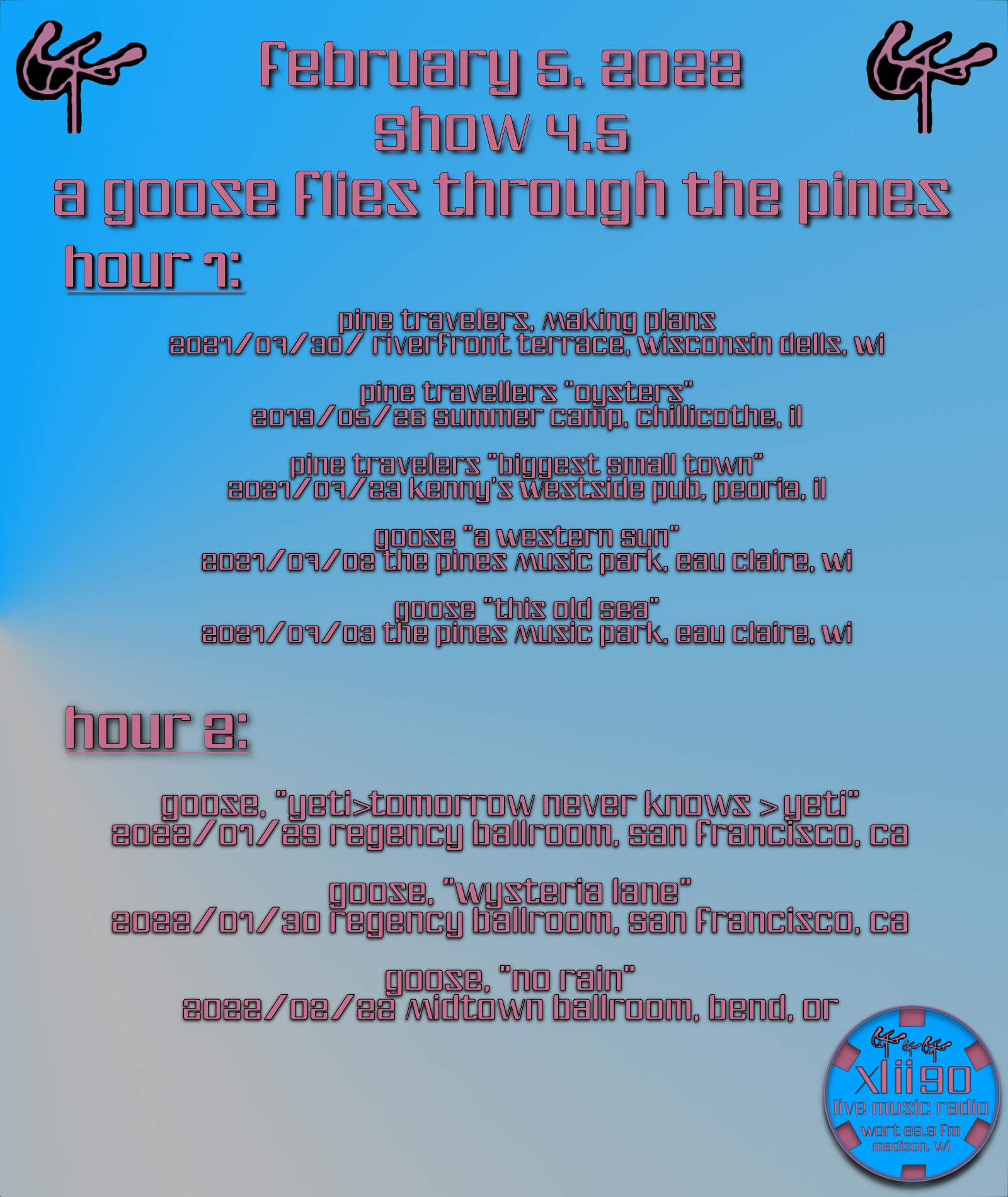