Texas Johnny Brown will be the feature 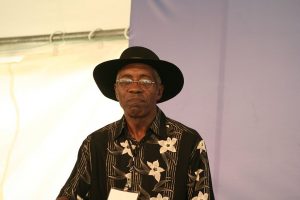 d artist on Blues Cruise Friday night from 6-8 PM Central Daily time.  Texas Johnny Brown was a blues vocalist and  guitarist who, like many Texas bluesmen, was heavily influenced by T-Bone Walker.  He got his start as the guitarist for Amos Milburn’s backing band, The  Chickenshackers, in the late 1940s.  He was involved in Milburn’s band during the peak of their popularity.  He went on to work with the Duke/Peacock labels in Houston and backed Bobby Blue Bland and Junior Parker.  He wrote “Two Steps From The Blues”, a song which was the title track for Bobby Bland’s first studio LP.  Brown stepped away from music for 30 years, working as a laborer. He returned to his music career in 1998 with the release of Nothing But the Truth. He died July 2013 at age 85.   This show was originally broadcast on May 4, 2002.  (Photo courtesy of Elvert Barnes from Hyattsville MD, USA – 06.TexasJohnnyBrownQualityBluesBand.SFF42.OpryHouse.WDC.25June2008) 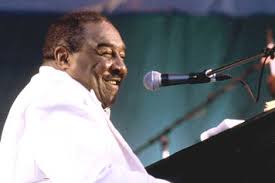 Two for the Blues will feature blues piano man Floyd Dixon on Saturday night from 8-10 PM Central Daylight time.  Floyd was born in Texas but his family moved to Los Angeles in 1942.  Charles Brown was a major influence on him.  He signed a recording contract with the Modern record label in 1949 and had hits with Telephone Blues and Call Operator 210.  He is probably best known today as the song writer for Hey Bartender, a tune made famous by the Blues Brothers in the 1970s.  He had over 100 recordings in the 1950s.  In the 1970s he stepped away from the music industry and moved back to Marshall Texas his home town.  He was given a Pioneer Reward by the Rhythm & Blues Foundation in 1993.  His Alligator CD, Wake Up and Live released in the mid-1990s was critically acclaimed.   I interviewed Floyd Dixon in September 2005 and this show was originally broadcast on October 22, 2005.  In the interval between interview and broadcast he was found to have intestinal cancer, had surgery and was in  a rehabilitation center.  He passed on the following July from kidney failure at age 77.

If you miss these broadcasts, both shows will be available on our station archive for 2 weeks following broadcast.