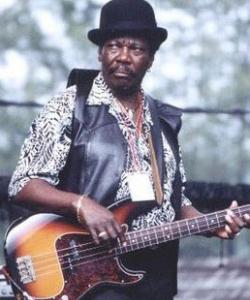 9calist, it the subject of tonight’s Blues Cruise.  Willie Kent and the Gents was one of the finest bands Chicago had to offer in the 1990s-2000s.  The band together with Bonnie Lee headlined WORT’s 26th birthday bash in  December 2001.  This broadcast aired a week before their appearance at Luther’s Blues.  The show airs from 8-10 PM Central Daylight time tonight.  (Photo courtesy of earwigmusic.com). 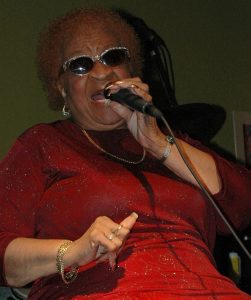 Two For the Blues this week features the Detroit blues of Alberta Adams and Johnnie Bassett.  This shows airs 6/20/2020 at 8 PM Central Daylight time. Alberta Adams was discovered singing on Maxwell Street in Chicago by the Chess brothers.  They recorded her with Red Saunders band.  She recorded for the label with Red Saunders’ band.  In 1952, she recorded Say Baby Say with TJ Fowler’s band.  She remained active in the Detroit music scene but it wasn’t until 1999 recording for the Cannonball Record label that she gained greater recognition outside of Detroit.  She released 4 CDs in her remaining career and  had a number of blues festival performances.  A performance at the Madison Blues Festival in August of 2001 led to this interview which was done about a week before her appearance here.  (Photo courtesy of Wikimedia Foundation). 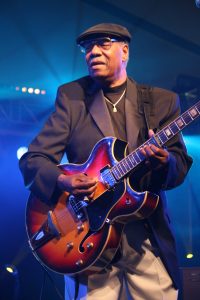 Johnnie Bassett was a blues guitarist and vocalist.  He was an important session guitarist and did quite a number of recording sessions for the Fortune label in Detroit.  He backed Smokey Robinson’s Miracles on their first record “Got a Job”.  He backed John Lee Hooker, Ike & Tina Turner, Alberta Adams and Little Willie John to name a few.  T-Bone Walker was a major influence on his guitar playing  style.  His breakthrough recording was I Gave My Live to the Blues recorded for the Dutch Black Magic label in 1996.  Johnnie recorded 5 albums after this one.  I originally broadcast this radio special in December 2000.  The interview was done live on air prior to Johnnie’s performance at a club in Detroit.  It is the only live interview done in this  series.  (Photo courtesy of WordPress.com)

Both shows will be on our station’s archive for 2 weeks following broadcast.