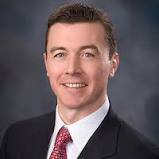 In 2011, the state was faced with a series of education reform proposals – “at the heart what they tried to do was erode the collective bargaining rights of teachers, but [these were] also proposals to require students to take online courses before graduation, and to put a laptop in the hands of each student.” This was for the purpose of saving money: through a combination of online courses and laptops, students would not need as many teachers and would use the other tools as replacements. There was a large public opposition to this, with enormous protests and rallies at the state house. Brian explained that there was bipartisan opposition, although the majority was Democrats. Nevertheless, the legislation did pass. “At that point, the opponents had about 6 weeks to generate enough signatures to put this on the ballot for 2012 …we had to gather roughly 48,000 signatures. We did that, we got close to double that number in a very short amount of time, so we knew it would be on the ballot on 2012.”

Brian, who described himself as a parent and former teacher, explains why he opposed the legislation himself, “This is personal for me… There was nothing about these reforms that suggested that we were going to improve student’s achievements…these were highly politicized measures that were designed to undermine and/or destroy teachers unions, and to do education on the cheap.”

Brian explains that their campaign was strong. All three of the laws were struck down, “In fact, on the third law – the one that was going to mandate online classes and a laptop to each student, the ‘No’ votes were higher than the number of votes Mitt Romney got in Idaho. And of course, Mitt Romney did very well here; this was one of his best states.”