Ain’t Too Proud: The Life and Times of The Temptations 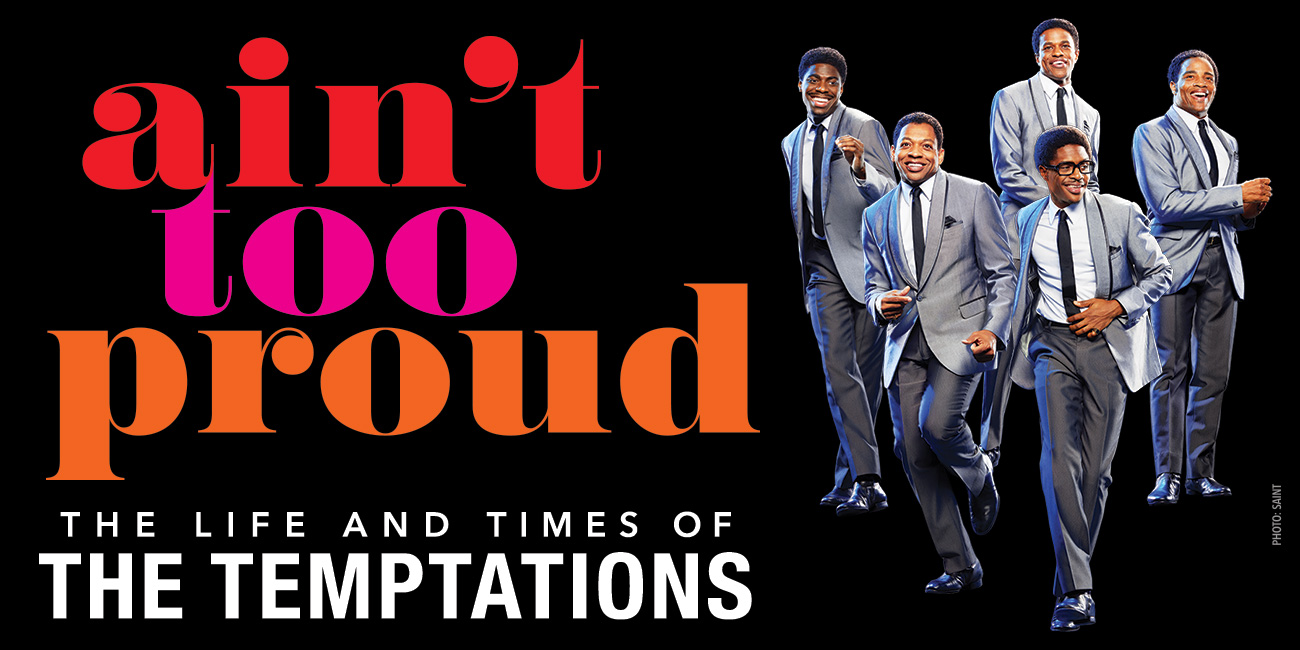 Ain’t Too Proud – The Life and Times of The Temptations_ is the electrifying, new smash-hit Broadway musical that follows The Temptations’ extraordinary journey from the streets of Detroit to the Rock & Roll Hall of Fame. With their signature dance moves and silky-smooth harmonies, they rose to the top of the charts, creating an amazing 42 Top 10 hits with 14 reaching number one.

Nominated for 12 Tony Awards, Ain’t Too Proud tells the thrilling story of brotherhood, family, loyalty and betrayal as the group’s personal and political conflicts threatened to tear them apart during a decade of civil unrest in America.

The unforgettable story of this legendary quintet is set to the beat of the group’s treasured hits, including “My Girl,” “Just My Imagination,” “Get Ready,” “Papa Was a Rolling Stone” and so many more.

Covid-19 Preparedness at venue?
All who enter Overture Center must wear a face mask and show proof of vaccination, including (as of March 1, 2022) a booster if eligible, or a negative COVID-19 PCR test (result received within 72 hours of entry) with a photo ID. Learn more about our health and safety requirements at overture.org/health.