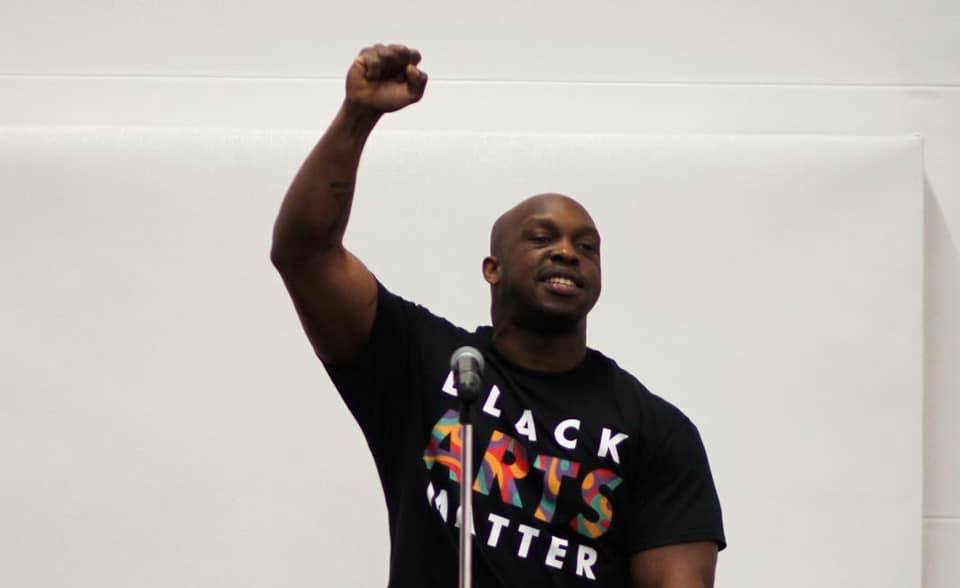 On Nov. 12 at 6 p.m. CDT, saxophonist and singer Braxton Cook will perform a live concert, participate in a Q&A, and hold a workshop about looping, which is a short segment of music played seamlessly on repeat. Some may refer to Cook’s music as jazz, but his sound has also been heralded as all its own, combining jazz, soul, R&B, and alternative music.

The Festival will continue on Nov. 19 at 7 p.m. CDT with a poetry slam during which eight artists from around the country will compete for cash prizes and the honor of being named the winner of the 2nd Annual Black Arts Matter Festival poetry slam.

Irvin created the Black Arts Matter Festival as a UW-Madison student and debuted the first Festival in March 2019 to hundreds of attendees. She founded the BAM Festival with the mission of building a community around Black artistry by uplifting Black art and Black voices in white-dominated spaces. The idea arose as she observed a lack of diversity in Madison area arts performances.

“I decided to create this festival to prioritize Black voices in a predominantly white space, especially a white-centric arts space,” Irvin said.

The Wisconsin Union Theater joins Irvin in the planning and implementing of this year’s festival in a collaborative effort to raise up Black voices around the country.

“I have such high respect for Shasparay who, when she saw a need for something, created it herself. When I learned about her work in 2019, I knew immediately that I wanted to find a way to support her artistry and her vision even before joining the Wisconsin Union Theater,” Wisconsin Union Theater Director Elizabeth Snodgrass said. “I’m thrilled to be working with her on the Festival, because it is so aligned with the Theater’s programming goals. We are working to create space for what has been too often absent on stages, including Black art.”

The team aims for all of its spaces, including online ones, to be accessible. Those that need accommodations can reach out to the Wisconsin Union Theater team at wisconsinuniontheater@union.wisc.edu.

The Wisconsin Union Theater has provided a variety of arts events, from music to dance to plays in its more than 75 years on the UW-Madison campus. The student organization, called the Wisconsin Union Directorate Performing Arts Committee participates in the planning of many Theater events, including the BAM Festival.

Presenting programming like the BAM Festival reflects part of a lived promise by the Wisconsin Union Theater to take action in standing against racial inequities and in decentering whiteness. For a full statement on the Theater’s stance and efforts, click here.

This series is made possible with support from Dane Arts, the Wisconsin Arts Board, the Joel Skornica Fund, the Frautschi Fund, and the Hodgin Fund. The Festival has also received in-kind support from The Capital City Hues.