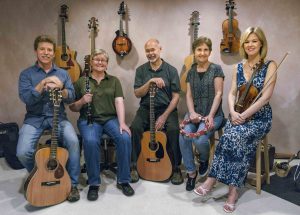 First time at this venue! Bos Meadery seeks to bring mead into the 21st century and introduce it to the thriving community of local foodies and craft beverage lovers in Wisconsin. Have a fun afternoon with a glass of Mead and some acoustic music with lots of harmony.

The Earthlings + The Apologists 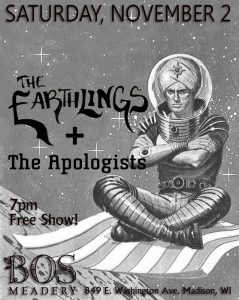 The Earthlings: Madison’s musical collective that brings eras of electronic sonic rock together with a laid back psychedelic indie emphasis, euphoric space, and positive vibrations from the 60’s, early 70’s, and 90’s. The Apologists are a Madison band known for playing "Garage Country". Donations suggested. 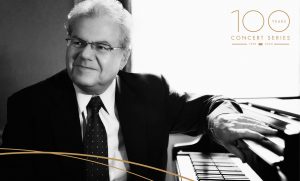 Born in modern day Lvov, Poland, Emanuel Ax moved to Winnipeg, Canada, with his family when he was a young boy. His studies at the Juilliard School were supported by the sponsorship of the Epstein Scholarship Program of the Boys Clubs of America, and he subsequently won the Young Concert Artists Award. Additionally, he attended […] 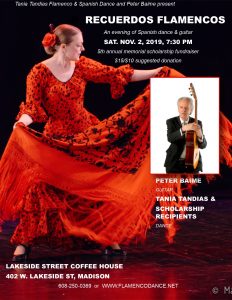 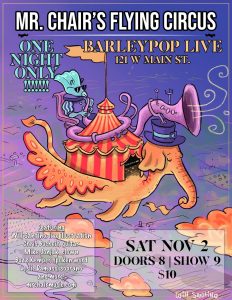 Two days after Halloween Mr. Chair takes off with their most marvelous aerial ruckus to date. For one night only, this fearless quartet will be joined in death-defying performance by the remarkable: Chris Bucheit, guitar Leslie Damaso, soprano Will Santino Illustration Buzz Kemper, voice Mike Jonjak, clown Come one, come all. Pilot/aviator/flight costumes welcome.... Doors […] 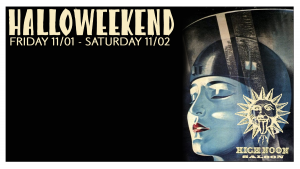 Shullsburg, Wisconsin native ERNIE HENDRICKSON grew up on a steady diet of Willie Nelson, Bob Dylan, Neil Young and Jerry Garcia. These early heroes opened the gates to the deep well of American roots music which he continues to draw inspiration from. His 2007 solo record, Down the Road, of which the Illinois Entertainer deemed […]

Left of Reason was formed in early 2006 in Brodhead, WI. They play straight-forward rock and are self-proclaimed loud-mouthed, beer enthusiasts. 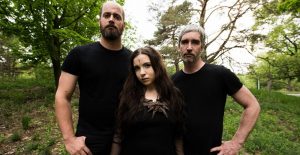 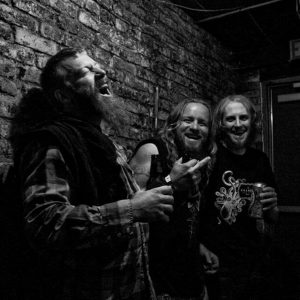 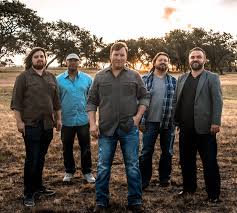