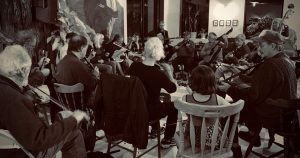 Bring an acoustic instrument to join the fun or just sit back, listen, and enjoy some old time music to accompany your farm to table food and drink. The jam usually features old time fiddle tunes, with an occasional Irish tune slipping in.

Leaning: Songs of Strength and Justice 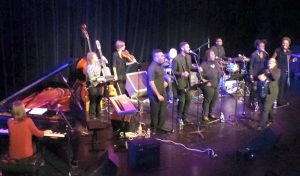 Becca May Grant, Madison-based pianist, composer, and educator, and the Rivers, a dynamic 12-voice vocal ensemble, will present Leaning: Songs of Strength and Justice, a concert of original gospel songs, on March 7. May Grant's compositions grow textually and musically from her 25 years’ experience of being welcomed as family into an African-American Pentecostal church […] 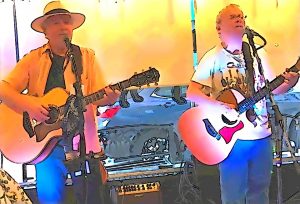 DuggHopper plays an eclectic mix of originals and covers that weren't born yesterday. 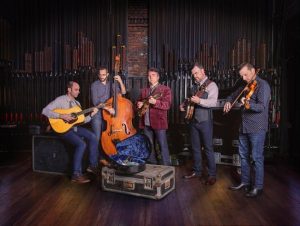 The McCoury brothers---Ronnie (mandolin) and Rob (banjo) - were born into the bluegrass tradition.  Their father, Del, is among the most influential and successful musicians in the history of the genre.  Years on the road with Dad in the Del McCoury Band honed their knife-edge chops, and encouraged the duo to imagine how traditional bluegrass […] 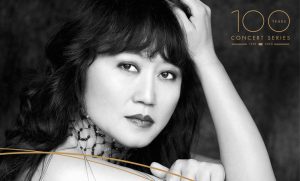 Celebrated pianist and artistic advisor for the 100th anniversary Concert Series, Wu Han performs as a concerto soloist. Celebrating 100 Years of Classical Music Excellence The Wisconsin Union Theater's Concert Series is the longest running classical music series in the Midwest. For the past 99 years, renowned musicians admired throughout the world have graced our stage. […] 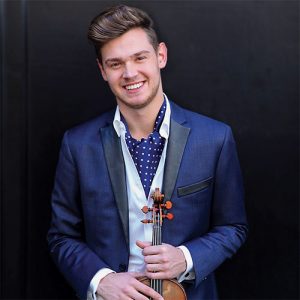 Guest conductor Kenneth Woods leads the Madison Symphony Orchestra in an exuberant evening of mastery and skill. The program commences with Haydn’s Symphony No. 96; popularly called the Miracle Symphony, this work remains a legend ever since a chandelier crashed to the floor from the ceiling of the concert hall during its premiere. Luckily, the […] 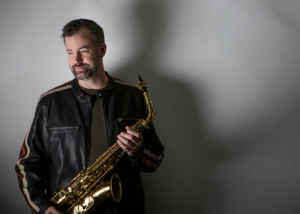 “Nobody writes like this.” – Howard Reich, Chicago Tribune As a composer, recording artist and performer, saxophonist Shawn Maxwell has endeavored to express his own unique voice. From his latest album Millstream (Jazzline, 2020) to his debut Originals (self-released, 2005), he has released nine albums of original compositions. The traditions of jazz form the foundation […]

A night of funky magic! Funk Summit Bass Team, the glam-funk 10-piece from Milwaukee, is bringin' the whole gang to Madison for their first-ever show in Mad Town! Joining will be local funkateers, The Flavor that Kills! $8 cover at the door

MindStorm is a film created in real time by Thomas Ferrella and Aaron Granat first presented here for planetarium. The visuals and music have an integral spontaneous connection. For 20 years, as a witness to the motions of life, Ferrella has shot and cataloged hours of video footage. Granat uses this footage as the raw […] 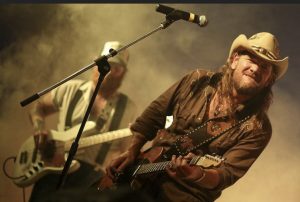 Outlaw Country artist from Central Illinois -  Steeped in the white lines, black tar and diesel smoke of the American highway, Tough As Nails—the latest LP from Craig Gerdes—is raw and real, a document of a road-tested band fast on the rise. Ever since the central-Illinois songwriter released his lauded 2018 debut LP, Smokin’ Drinkin’ […] 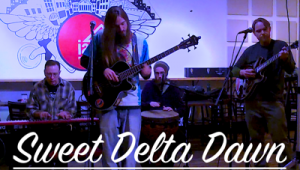 w/ Magic Conch, White Bush Unicorn - Sweet Delta Dawn is a four piece psychedelic blues-rock band from Madison, Wisconsin. Since 2012, they have been a staple in the Madison music community. Sweet Delta Dawn has been honored to play some of Madison's favorite music venues including: The Orpheum Theater, The High Noon Saloon, a […]