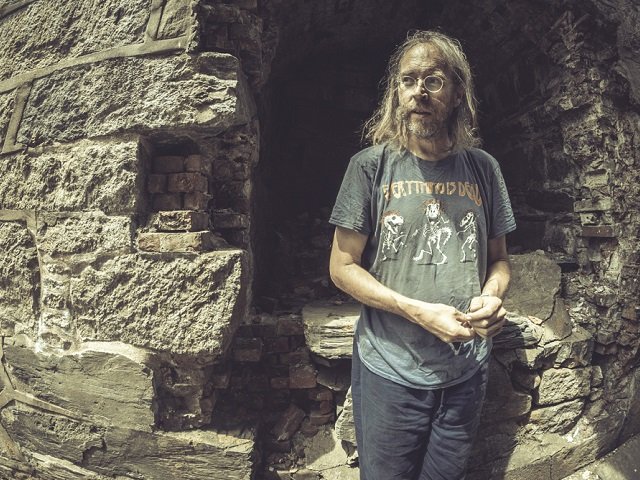 Duluth, Minnesota, songwriter and guitarist Charlie Parr heads south for a residency at the beloved Minneapolis venue First Avenue every winter. In 2021 he will maintain the tradition, although potential audience members don’t need to go any farther than a comfy chair; Parr will livestream from First Ave each Sunday in January, on YouTube and Facebook. Each week will feature secret special guests and likely new material from Parr’s forthcoming 14th album, to be released via the legendary Smithsonian Folkways label later this year. Donations for the musicians are encouraged.

media release: Beloved songwriter and guitarist Charlie Parr has announced a series of 5 concerts each Sunday in January, streaming live from First Ave in Minneapolis. For the last 6 years Parr’s residency has been a beloved part of the Minneapolis music scene, often featuring surprise guests such as Alan Sparhawk of Low, Dave Simonett of Trampled by Turtles, Todd Albright, Chicago Farmer and more. After the 2020 hiatus, Parr will return, along with some unannounced guests. Fans can tune in at 8PM Central from around the world via the Charlie Parr and First Avenue YouTube and Facebook pages. More info is available here. Tickets are donation only.

In addition, Parr has also signed with Smithsonian Folkways and the partnership will bring the release of new recorded music in 2021. Smithsonian Folkways, the non-profit record label of the Smithsonian Institution, is home to a diverse roster of contemporary artists such as Our Native Daughters and Kronos Quartet and also preserves and releases historical recordings from artists like Pete Seeger, Woody Guthrie, Elizabeth Cotten and more. “I am proud and honored to be a member of Smithsonian Folkways Recordings,” said Parr. “When I was growing up, Smithsonian Folkways records were in the house, at the library, at my friends’ homes, and at school, among other places. They were quite literally the heaviest records around, both physically and psychologically, and I loved the weight and the smell and reading the notes over and over again. Mostly, though, the music that those records brought me changed my life. From bits and pieces of the Harry Smith Anthology of American Folk Music to the blues of Big Joe Williams and Brownie McGhee to the deep well of folk music from Lead Belly, Cisco Houston and of course the massive set of Woody Guthrie interviews and songs that I could only hear as one giant piece and couldn’t bear to only listen to one or two sides. I can’t possibly list all the records I love that are on this label or express how this music shaped me, but I’m sure I wouldn’t be the musician that I am today without Smithsonian Folkways. I’m sure I never could’ve imagined when I was young that I might be releasing a record of my own on Smithsonian Folkways one day. I’m truly honored and grateful to be a part of this institution.”

Over the course of a prolific career spanning 13 full-length albums, the Duluth virtuoso has earned a passionate following for his strikingly candid songwriting and raw stage presence. Parr’s work digs deeply into his personal experiences with depression and the existential questions that weight it. “Parr is a master storyteller,” said PopMatters. “One can’t help but come back and marvel at his ability to make us believe that we know each of [his] characters or that, maybe, there’s some part of them in each of us.” Mojo said of his most recent effort, “Parr continues to spin life’s small details into profound lyrical observations of acceptance and wonder….the further adventures of a guitar-picking great.”