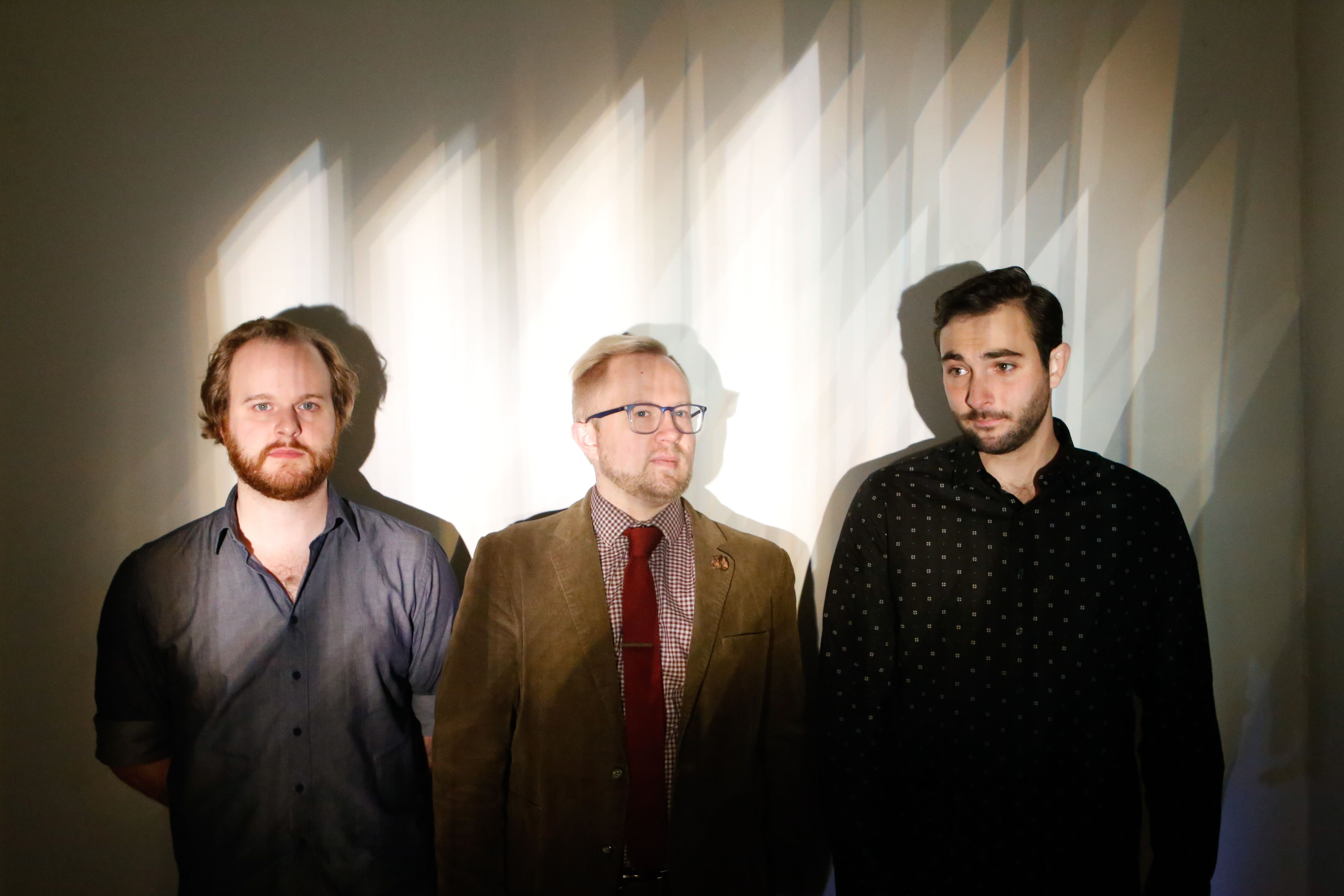 On Friday, May 31, 2019 at 8pm, Four Letter Words will perform all original music at ArtLitLab. Tickets are $10 in advance https://fourletterwords.brownpapertickets.com and $15 at the door. Student tickets $5 off with a valid school ID. Advance ticket sales end 1 hour before the show. Doors open at 7:30pm.

Four Letter Words is a trio comprised of Jake Wark (tenor saxophone); Matt Piet (piano); and Bill Harris (drums). Formed in 2015, they have released two recordings featuring original compositions: Blow (2015) and Radio Silence (2017). This performance is part of a midwestern tour celebrating the release of their first fully improvised album, Pinch Point. In his liner notes to Pinch Point, journalist Peter Margasak writes “Four Letter Words has grown in leaps and bounds, accruing an ever-expanding arsenal of gambits, influences, and techniques while sharpening its focus.

Jake Wark is a saxophonist, composer, and improviser based in Chicago. Jake was born and raised in Rochester, New York, where he resided until completing his undergraduate studies at Nazareth College. Upon moving to Chicago in 2014 to pursue a graduate degree in music at DePaul University, he quickly became immersed in the city’s vibrant improvised music scene. Jake can be regularly heard with his own quartet and as a collaborator in Four Letter Words, Bowlcut, and Javier Resendiz’s Imagery Converter. Jake has appeared as a bandleader and collaborator at many prominent venues and festivals across the northeast and midwest, including the Chicago Jazz Festival, Constellation, The Green Mill, Elastic Arts, The Hungry Brain, The Bop Stop, The Jazz Showcase, and the Rochester Fringe Festival.

Bill Harris is a drummer, composer, improviser, and audio engineer from Pittsburgh currently based in Chicago. He also operate and produces for Amalgam, a 100% artist-run collective and label dedicated to showcasing works of improvised and experimental music in Chicago. Bill is also an audio engineer working in both studio and live situations, and operates an independent studio at the Music Garage in Chicago. He has engineered, mixed, mastered, and produced a number of records that have been released on Amalgam, Astral Spirits, and other labels.

Matt Piet is an improvising pianist, composer, and music director. Matt was born and raised in suburban Chicago, began his studies as a pianist and vocalist at age ten, and was a proficient classical pianist and accompanist by his early teens. Piet set aside his classical studies to focus on jazz, improvisation, and composition during his studies at Berklee College of Music in Boston. Piet returned to Chicago in 2014, and has since been an active participant in Chicago’s rich jazz and improvised music scene. In addition to playing many ad hoc improvised performances as a leader and a sideman, he has three working trios: Four Letter Words, Matt Piet Trio, and the trio Rempis/Piet/Daisy. In 2018 he released two highly praised live recordings on Clean Feed Records and Astral Spirits Records, and his latest studio album, City In A Garden, on ears&eyes Records. In addition to performing regularly as an improviser, Piet works actively as a teacher, Music Director, and accompanist throughout the Chicagoland area.