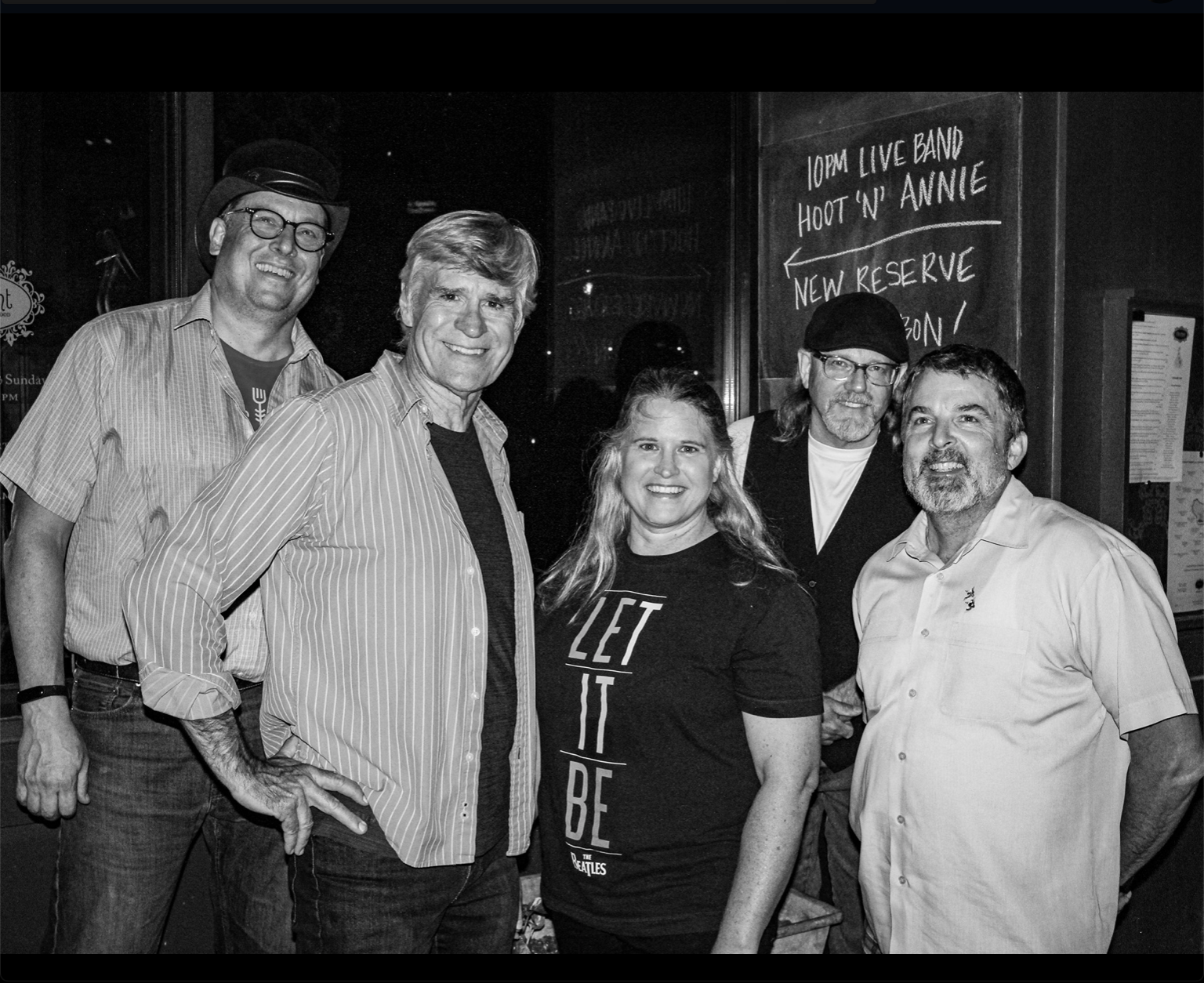 We are delighted to have our friend in Hoot ‘n Annie on our new patio!

Hoot ‘n Annie is a vocal-centric string band. They sing songs that are fun to sing in harmony, backed by fiddle, banjo, mandolin, ukulele bass, harmonica, cello and guitar.

In 2011, at the beginning of the Wisconsin Capitol crackdown, people gathered daily to sing songs of Solidarity from 12-1 pm. It’s now been going on every M-F for the past 5 ½ years, the longest running protest in recorded history. At this Solidarity Singalong, musicians who also played instruments would gather to accompany the singers, calling themselves The Learning Curve, and many of them would stick around after the 12-1 protest to play folk songs. Some gospel, some Americana. All were fun to sing in harmony. New friendships were born.

More singing and playing together was wanted. These new friends went looking for a place to play in the evenings where adult beverages and more songs could be sung and played. For the past 3 years, Hoot ‘n Annie String Band has been performing about once a week in Madison, as well as venues in Iowa and Northern Wisconsin. You can regularly find them playing at Chief’s Tavern in Monona on the first and third Thursdays of the month, and BOS Meadery in Madison on the fourth Thursday of the month.

Hoot ‘n Annie is made up of 5 friends that play in several bands in and around Madison. Daithi “the fiddler” Wolfe on fiddle is in too many bands to mention them all, but you may know him from The Currach Irish Trio and Yid Vicious. Prentice Berge on guitar (Prentice is a Mt. Horeb native, graduating from MHHS in 1981 before going on to St. Olaf College where he majored in music) and he also plays in County Hwy PD with Daithi, and often gigs with the Mad City Jug Band. Michael Bausch is on guitar and harmonica and also plays in the Wright Combination. Cindy Murphy is the multi-instrumentalist of the group, playing cello, mandolin, banjo and tenor guitar. Yes, her house looks like a magical music store full of rare and beautiful instruments. Our newest member, Tim “the librarian’ Haub has been sitting in with the Hoot’s for the past five years and finally in the summer of 2019, we made it official by asking him to join our band. Tim is a multi-instrumentalist, too. In Hoots, he mostly plays the mandolin, and sometimes the mandocello.

With the Scots being one of the biggest groups of settlers in the Appalachian region of North America (bringing with them their whisky-making tradition and methods, leading to the area’s “moonshining” tradition) it is not surprising that hootenanny became an Appalachian colloquialism, although it became used in early 20th-century America as a placeholder name to refer to things whose names were forgotten or unknown.

In this usage it was synonymous with thingamajig or whatchamacallit, as in: “Hand me that hootenanny.” Hootenanny was also an old country word for “party”. Nowadays the word most commonly refers to a folk music party.

So, that’s the Hoots. They’re a folk party thingamajig.