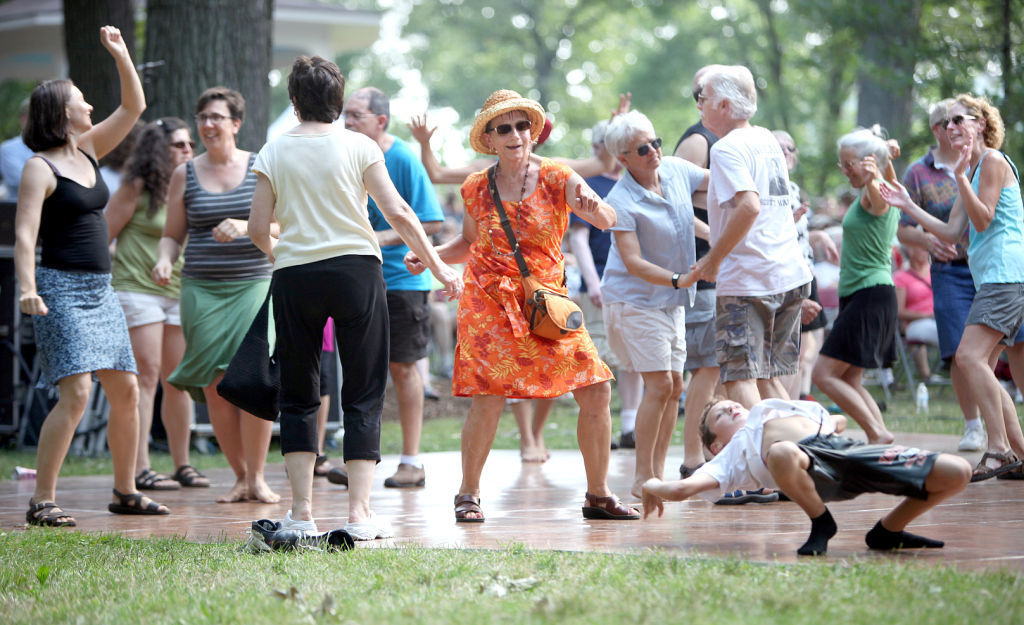 11:45 Raine Stern
1:15 Angela Puerta Trio
2:45 German Art Students
4:00 MNA Auction
5:15 Honor Among Thieves
6:45 Rosie Flores
8:30 Radkey
Kicking off our Saturday line-up at 11:45 am, and kicking the door down, Madison’s Raine Stern and her band will delight with sounds rooted in blues and folk. Raine is an innately talented artist who writes, arranges, and produces her own work. Her sound hits hard because she pours her guts into every aspect of her art. Says Raine, “My mission is to take people places they didn’t know they needed to go.”
Colombian singer-songwriter Angela Puerta takes the stage at 1:15 pm. Angela’s trio combines influences from many genres, including rock en Español, indie rock, funk, reggae, Colombian traditional music and other Latin American rhythms. Currently based in Madison, Angela is working on her first album as a solo artist that is expected to come out this fall.
Madison favorites the German Art Students are making their Orton debut on Saturday at 2:45 pm. Famous for their witty, goofy new wave-ish tunes, this band also has the capacity to kick out the rock ‘n roll jams. G.A.S. are not to be missed!
Stick around for the MNA Auction beginning at 4:00 pm. There is a lot of great stuff to bid on, and all proceeds benefit the local neighborhood association. Bid high, and stay close by, because the music starts again in just about an hour.
Next up at 5:15 pm, local legends Honor Among Thieves will draw us in with their wonderfully unique sound, which transcends a single genre. Blues roots are unmistakable, along with musical flourishes that stray into punk, jazz, funk and beyond. The Thieves have amassed a wealth of creative material and wield it with passion and spontaneity that makes each performance unique and has allowed them to remain one of Madison’s most revered bands for nearly a generation. (Trivia point: the Thieves were the subject of a 2004 documentary film entitled “When the World Runs Fast.”)
Rosie Flores takes the stage at 6:45 pm. A cult hero in the Austin and Los Angeles music scenes since the 1970’s, Rosie Flores is a blues artist and so much more. Think rockabilly, honky tonk, jazz, and Texas swing, all served up with gritty vocals and fiery guitar solos. This will be a show to remember.
Wrapping up the Saturday line-up, Orton is thrilled to welcome Radkey. Three siblings, Dee, Isaiah and Solomon, the Radkey kids grew up in a “shitty little pink house in St. Joseph, Missouri. Homeschooled. Bored with nothing to do but listen to their father’s records and start a band.” They played their first show opening for Fishbone in 2011 and haven’t looked back since. Orton crowds will love Radkey’s across-the-board detonation of several shades of rock, punk and wild abandon – and riffs, riffs, riffs. Don’t miss this one! 8:30 pm.
+ Google Calendar+ iCal Export