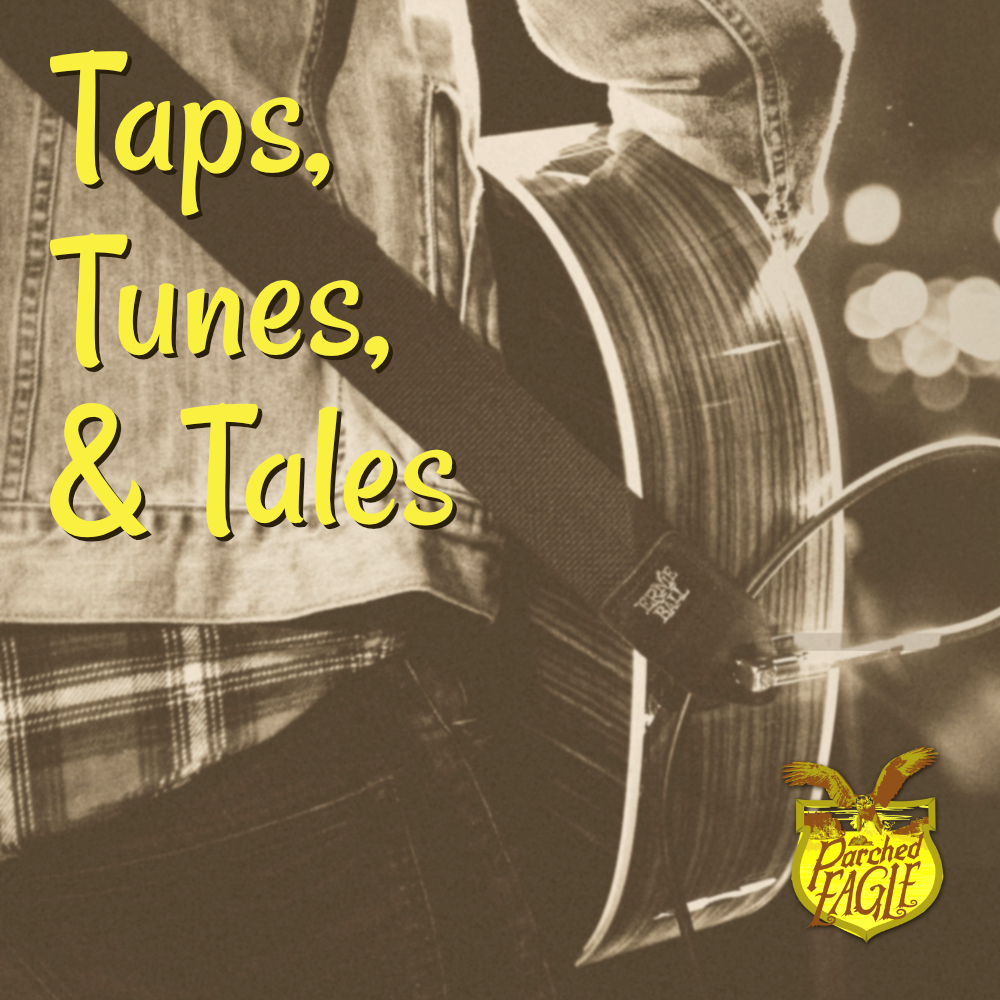 Get to know your local singer-songwriters as they share their music and tell you their stories. This month’s featured artists are Heather Forney, Jules Iolyn, and Isabel Coff and hosted by Jourdan Hines Music.

Your favorite Parched Eagle Brewpub brewmaster Jim Goronson will have a featured beer for the afternoon.

ISABEL COFF
Isabel Coff has written songs all her life. She writes about love, mental illness, friendship, and all the other things that are part of her life.

Isabel hosts the Wednesday Open Mic Nights at the Memorial Union, and has played at Hypatia Co-op, the Art In, and is looking to play at more places around Madison.

“The yearning to relax, I have a knack to take this place which is big and strange and scary, to make it mine and mold it and to learn its ways and so I’ll stay” Listen to Pray: https://soundcloud.com/dizzier/prayer

In his early 20’s, he had the opportunity to join a band working with a Grammy Winning song writer/producer with over 40 million records sold.  During that time, Shawn learned how to hone his own songwriting skills while traveling between Madison, Nashville, and Manhattan.

In his early 30’s, he self-produced 2 records under the name “Sun Voyage”.  Several songs were licensed to major TV networks (Netflix, MTV Networks, Discovery Networks, E! Entertainment, etc.) in several countries for use in their programming.

Now in his early 40’s, he’s taking a more organic, personal approach to his music to connect with people in more intimate settings.

“Please give me a fighting chance, just one more dance to spin your heart around.  I’ll tell you so I love you so until there is no sound left in me. Just wait and see.” Listen to Just Wait and See: https://www.instagram.com/p/B3YJyIcjP0A/?igshid=t6ez0s1p4cw9

JULES IOLYN
Jules is a Madison artist whose songs are rich with notions of independence, individuality, and inner strength. They teem with unexpected revelations and coy admissions. She’s moved around, but the humble Midwest is where her heart tends to return. Nobody can be sure of where she’ll go or what she’ll do but you can be sure that she’ll eternally seek her own happiness and the happiness of others. Love your neighbor.

Jourdan Hines (host)
Jourdan blends acoustic folk and bluegrass pop that are both close to home and yet universal. Through his homegrown happiness he spreads the bright side of life’s lessons with a guitar and his two loves, Mary and their dog Jaya, by his side.