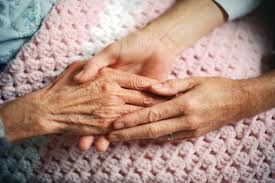 On the Monday, July 8th 8 O’Clock Buzz, host Brian Standing was joined by Betty Kramer, professor at the U.W. School of Social Work, to talk about the unique process of end-of-life care and how views toward death are changing.

At the turn of the 19th century, people died from poor sanitation and disease. Now, they are dying from chronic diseases. There used to be 3 million elderly Americans, now there are 40 million. Although the view has previously been to keep someone’s body alive at all costs, Kramer claims this view is changing. Many elderly patients, when asked, want to die with their family, in a familiar surrounding, with comfort and dignity. Instead, we tend to overly rely on technology and aggressive treatments – even when it is clear the patient will not recover. As a result, many people are dying in hospitals and nearly half are dying in severe pain.
According to Kramer, the only antidotes to change this perception of end-of-life care are education and family conversations. If people are educated about the progressions of disease, when to call 911 and when to let someone go, and how to talk with their elderly family members about their end-of-life wishes, we could perhaps make dying a better process for everyone.