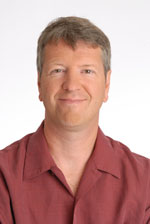 Huffington Post wrote on Tuesday, “Chicago Teachers Union delegates will meet on Tuesday to decide whether to end a strike that has closed the nation’s third-largest school district for more than a week and prompted Mayor Rahm Emanuel to seek a court order to stop it.

Some 800 union delegates representing the 29,000 teachers and support staff in Chicago Public Schools met on Sunday but continued the strike for two days so they could review details of a proposed new contract negotiated with Emanuel.

The meeting on Tuesday will be the second attempt by the union membership to try to get approval from delegates for the compromise deal, which must be approved by a simple majority to suspend the strike.”

Cynthia talked with Dr. Todd Price about  the new teacher evaluation system and the impact this may have on teachers and the education system in Chicago.

To read more about the strikes: