Policymakers have tossed around the idea of taxing the carbon you burn for decades now.  The Citizens’ Climate Lobby has had enough, and wants to make carbon pricing real.  Climate lobbyist — and erstwhile WORT news host — Kermit Hovey joins us with more.

Ever since the specter of human-made greenhouse gases warming the planet first arose, policy makers and economists from all sides of the political spectrum have argued that the most efficient way to get people to stop putting carbon in the atmosphere is to tax it.  Despite the multilateral support for a carbon tax among academia and policy wonks, the idea has gone exactly nowhere in the U.S. political sphere.  Intense lobbying by the powerful oil and energy sector has, so far, stymied any serious U.S. attempts at taxing carbon fuels.  Now, though, with the planet noticeably heating up, and the global climate turning more and more deadly, the Citizen’s Climate Lobby is making a new push for a federal carbon tax.  Joining us now with more is Citizen Climate Lobbyist — and former WORT Evening News Host — Kermit Hovey. 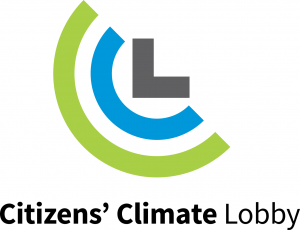