In August of 2018, an unheard-of 13 inches of rain fell just west of Madison in less than 24 hours.  That deluge shattered all rainfall records in the State of Wisconsin, causing flash floods that filled city streets, swept away cars, bridges and trees and, after filling up Lake Mendota, threatened to overtop the Tenney Dam and inundate the Madison isthmus.  Clearly, none of the public stormwater and other infrastructure was designed to cope with such a storm — before that year, no one thought such a storm was even possible. But one of the lessons of climate change is that past history is not a good predictor of what is to come.  As the earth heats up and the atmosphere becomes more turbulent, what if storms like the August 2018 storm become not just more frequent, but commonplace? Steve Vavrus — a former WORT volunteer — now sits as the co-chair of the Wisconsin Institute for Climate Change Impacts, which is working with local communities, including Madison, to help make Madison a climate-ready city. 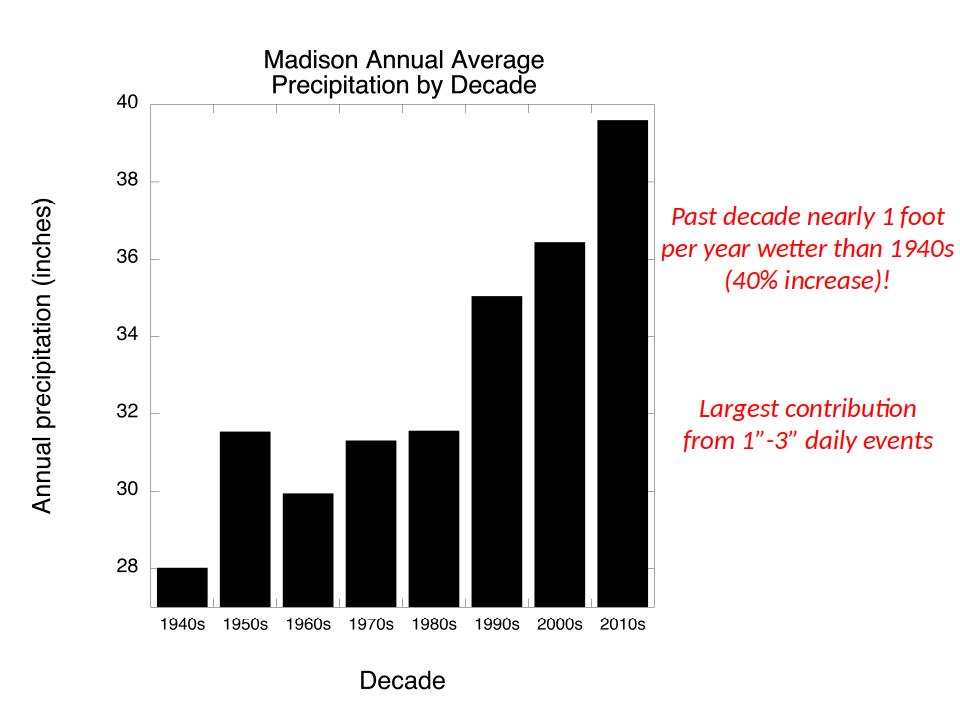 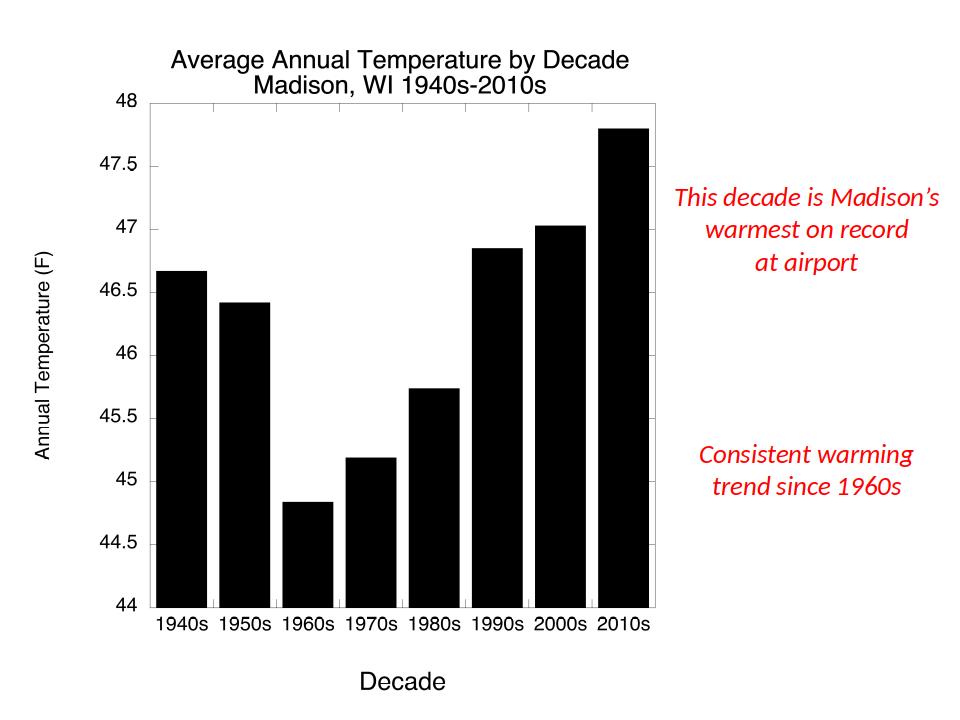