On Tuesday October 23rd,  Anjuli Brekke, subbing for Cynthia Lin,  spent the hour exploring the experience of taking antidepressants, medication which has greatly altered our generation’s perception of depression and mental illness. Her guest for the hour was Katherine Sharpe, author of the book “Coming of Age on Zoloft: How Antidepressants Cheered Us Up, Let Us Down, and Changed Who We Are.” She has a master’s degree in literature from Cornell University and her writings have appeared in the Washington Post, The Village Voice, Scientific American Mind, and a number of other publications. 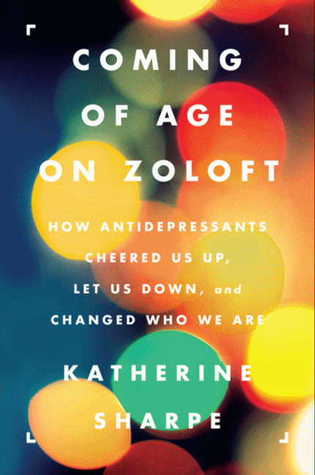 “When Katherine Sharpe arrived at her college health center with an age-old complaint—a bad case of homesickness—she received a thoroughly modern response: a twenty-minute appointment and a prescription for Zoloft—a drug she would take for the next ten years. Her story isn’t remarkable except for its staggering ubiquity. When Prozac was introduced in 1987, taking psychiatric medication was a fringe phenomenon. Twenty-five years later, 10 percent of Americans over the age of six use an SSRI antidepressant. Sharpe and her peers constitute the first generation to have literally grown up taking psychiatric drugs. In Coming of Age on Zoloft, Sharpe blends deeply personal writing, thoughtful interviews, and historical context to achieve an unprecedented portrait of the antidepressant generation. She explores questions of identity that arise for people who start using consciousness-altering medication before they have formed an adult sense of self. She asks why some individuals find a diagnosis of depression comforting, while others are threatened by it. She presents, in young people’s own words, their intimate and complicated relationships with their medication. And she weighs the cultural implications of America’s biomedical approach to moods.” – Harper Collins Publishers