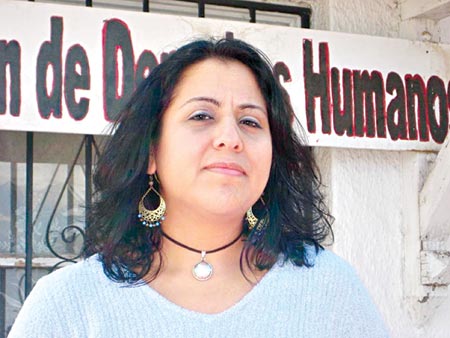 According to their website, “Coalición de Derechos Humanos (“The Human Rights Coalition”) is a grassroots organization which promotes respect for human/civil rights and fights the militarization of the Southern Border region, discrimination, and human rights abuses by federal, state, and local law enforcement officials affecting U.S. and non-U.S. citizens alike.

•Strengthening the capacity of the border & urban communities to exercise their rights and participate in public policy decisions.
•Increasing public awareness of the magnitude of human rights abuses, deaths and assaults at the border resulting from U.S. policy.
•Seeking changes in government policies that result in human suffering because of the militarization of the U.S. border region.

Influencing Public Policy.
Derechos Humanos holds press conferences and interviews, hosts media crews, has demonstrations, weekly vigils, symposiums and marches to draw attention to the unjust policies and inhumane treatment of immigrants. We counter the anti-immigrant hysteria and work to change the stereotypes and misinformation about immigrants.”