On Friday March 22nd, host Esty Dinur interviewed Doug Henwood on Cyprus, the Eurozone and the global economy. Henwood hosts Behind the News, a weekly radio show covering economics and politics on KPFA, Berkeley, that is rebroadcast on several other stations across the U.S., and has a worldwide audience via its Internet archive. His is also author of the book Wall Street. 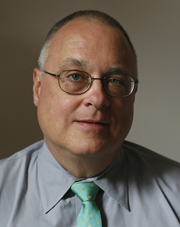 Today in the New York Times article entitled, “Under Pressure, Cyprus Lawmakers to Vote on Bailout:”

Under pressure from the European Central Bank to reach a deal quickly or risk a cutoff of financing for Cypriot banks, members of the Cypriot Parliament were preparing to vote Friday on yet another revamped formula for an international bailout.

Without lawmakers’ approval for new measures, the country will not receive the €10 billion, or $13 billion, bailout it has requested and could risk a disorderly default.

The government spokesman, Christos Stylianides, underscored the urgency of the situation. “The coming hours will seal our fate,” he said. “The country must be saved.”

Read more about the situation in Cyprus:

Listen to Doug Henwood on KPFA: