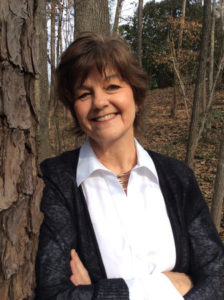 Nancy MacLean joins the program to discuss “Democracy in Chains,” the significant new book on the rise and influence of the anti-democratic libertarian right and how it has succeeded in shaping current debates, polices and politics.

MacLean is a professor of history at Duke University. Her research is primarily focused on race, gender, labor history, and social movements in the United States, but recently departed to focus on the radical right.

Her new book, “Democracy in Chains,”  is a political history of the decades-long rise of the right wing, anti-democratic libertarian marketeers, and focuses on political strategist James M. Buchanan and his associates.

MacLean said the book is a far departure from what she initially sought out to write, but as she did her research she came across “the deep story of the ideas that are guiding the Koch operations to transform our democracy today.”

Charles Koch had been funding libertarian scholars and thinkers for several decades without much affect on the political process, but recently actions have worked to reroute the political system, enabling the libertarian right to capture the Republican party.