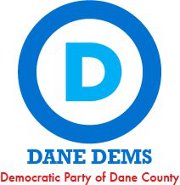 On Thursday November 1st, our host Tony Castaneda speaks with the Chair of the Democratic Party of Dane County, Michael Basford. They speak about the upcoming elections next week, and the issues and anxieties that surround it. “All elections are about choices, and I believe we’ve got great candidates running,” Mike says. He describes himself as cautiously confident, saying there is much to be done in the last remaining days before Election day.

There are offices open across Dane County – and people will be out to reach out to people in these last few days. Tony asks about the areas that voted against the recall against Walker; Mike responds “there is very big difference between that election and this election. That election was filled with tons of negative energy…[now] is nowhere what we saw then…and of all the people that voted, exit polls showed that people thought that this recall vote didn’t meet the standards.”

He speaks about the two parties and their respective candidates, explaining his support of the Democratic Party. Tony asks him how Wisconsin became a swing state, and Mike explains “it’s always been a swing state, it’s always been mighty close. Even when Democrats win in WI, it’s not by huge margins. 2008 was a real anomaly. We didn’t know 2004 until well late into the night.” He believes that the results in Wisconsin of the election will be known earlier this year than usual, “we’ll know by 11 p.m. who the President is.”

He explains that one can not reach a decision based on data from one poll: one must gather information from a number of them, “it’s why all these pollsters are in the business,” he explains. Tony raises the issue of voting machines, and their possibility for manipulation and hacking; Mike responds, “we make sure that there are paper ballot alternatives. If you want to cast a paper ballot, you can. Without a paper trail, everything is possible. The way we run it here in Dane County, we have Scantrons, which work great. The integrity of the election is dependent on people having the choice of paper ballots, and knowing that their vote will count. We are sending people all over Dane County to make sure things will go alright.”

Union Cab will be providing free rides to people to and from the polling stations.