53 years ago today, hundreds of University Berkley Students protested hearings of the House Un-americans Activities Committee. The San Francisco Police responded with water cannons. The next day, the protest swelled into the thousands and the free-speech movement was born.

This week’s rant of the week features student activist Mario Salvo from a few years later on December 2nd, 1964.

May 13th rant by wort-fm 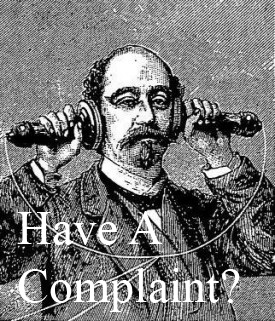 What’s been grinding your gears lately? The VoxPop Line will be taking complaints for the month of May. We want to hear what’s been bugging you. Use us to blow off some steam.

Rules: 1. no swearing. 2. Three minutes or less. 3. We won’t play really mean complaints on the air.
Call this number and leave an honest message: 608-622-7899
This is not a place to call in about WORT programing. We’re interested in that too, but we want to stress that this is a complaint line for your life. If you have issues regarding the station, we of course want to hear them.