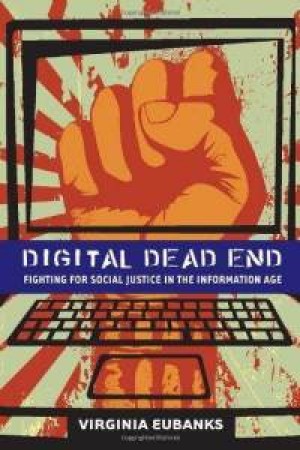 “The idea that technology will pave the road to prosperity has been promoted through both boom and bust. Today we are told that universal broadband access, high-tech jobs, and cutting-edge science will pull us out of our current economic downturn and move us toward social and economic equality. In Digital Dead End, Virginia Eubanks argues that to believe this is to engage in a kind of magical thinking: a technological utopia will come about simply because we want it to. This vision of the miraculous power of high-tech development is driven by flawed assumptions about race, class, and gender. The realities of the information age are more complicated, particularly for poor and working-class women and families. For them, information technology can be both a tool of liberation and a means of oppression. But despite the inequities of the high-tech global economy, optimism and innovation flourished when Eubanks worked with a community of resourceful women living at her local YWCA. Eubanks describes a new approach to creating a broadly inclusive and empowering “technology for people,” popular technology, which entails shifting the focus from teaching technical skill to nurturing critical technological citizenship, building resources for learning, and fostering social movement.” – MIT Press