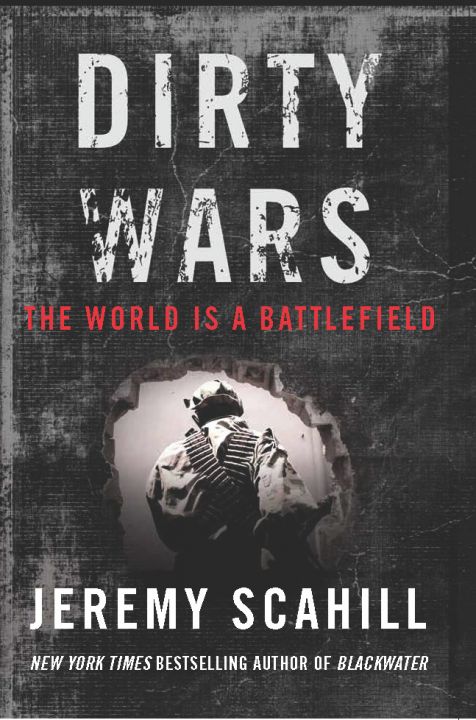 On Friday, June 14th, A Public Affair host Esty Dinur interviewed Jeremy Scahill, author of Dirty Wars. Scahill discussed the life of a journalist covering stories the government would rather keep secret, some of the events he has researched and uncovered, and how they have spurred and justified a mentality of war in the United States.

“Drawn from the ranks of the Navy SEALs, Delta Force, former Blackwater and other private security contractors, the CIA’s Special Activities Division, and the Joint Special Operations Command (JSOC), these elite soldiers operate worldwide, with thousands of secret commandos working in more than one hundred countries. Funded through “black budgets,” Special Operations Forces conduct missions in denied areas, engage in targeted killings, snatch and grab individuals, and direct drone, AC-130, and cruise missile strikes. While the Bush administration deployed these ghost militias, President Barack Obama has expanded their operations and given them new scope and legitimacy.

Dirty Wars follows the consequences of the declaration that “the world is a battlefield,” as Scahill uncovers the most important foreign policy story of our time. From Afghanistan to Yemen, Somalia, and beyond, Scahill reports from the frontlines in this high-stakes investigation and explores the depths of America’s global killing machine. He goes beneath the surface of America’s covert wars, conducted in the shadows, outside the range of the press, without effective congressional oversight or public debate. And, based on unprecedented access, Scahill tells the chilling story of an American citizen marked for assassination by his own government.”

Dirty Wars has also been released as a documentary, beginning today with showings in Chicago. A showing in Milwaukee will be held next Friday, June 21st at the Downer Theater. There is currently no Madison screening scheduled. If you’d like a showing in Madison, request one!