On Thursday February 7th, host Allen Ruff interviewed journalist Arun Gupta about his article “Disaster Capitalism Hits New York.” Arun Gupta is co-founder of the Occupy Wall Street Journal and a founding editor of the award-winning grassroots NYC newspaper The Indypendent. A regular contributor to Salon and Alternet, he is writing a book on the decline of the American empire for Haymarket Books. His reporting on the national Occupy movement can be found at www.occupyusatoday.com. 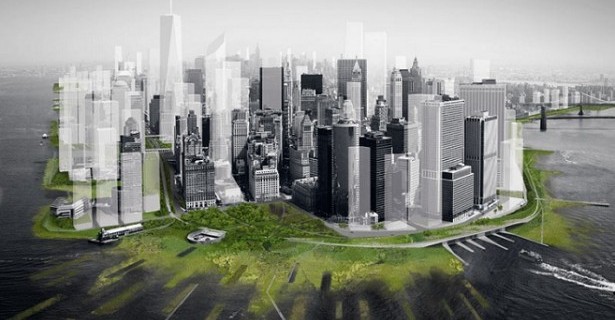 So far in the cost-benefit calculations, however, some people have been given less consideration than others. When asked if New York’s poor, who comprise 41 percent of the city’s population based on living-wage standards (21 percent by federal guidelines), had been considered in the initial discussions, Aerts says, “That’s a new issue. We didn’t discuss it, no.” He adds that the thinking has changed after Sandy as planners realize low-income groups “are the most vulnerable not just because of the structures they live in, but because of their coping capacity.”

This is precisely what worries critics. “Chances are, public policy is going to support only those developments that are high end, and are able to muster the most sophisticated and advanced flood protections,” says Tom Angotti, director of the Hunter College Center for Community Planning and Development. “Everyone else, the one- and two-family homes, are not going to be able to make it, unless they’re mansion owners who have deep pockets.” Indeed, in early December, the city announced that it will “update its building code to require more stringent protection against floods,” such as by requiring all new and rebuilt homes to exceed federal guidelines on elevation, which will raise housing costs significantly…

It’s all part of the “market mentality,” says Angotti. “Let the market handle it, and the market will exclude low-income people without them even having to say it. It will just be as if it were a natural thing.”

Listen to the whole show: