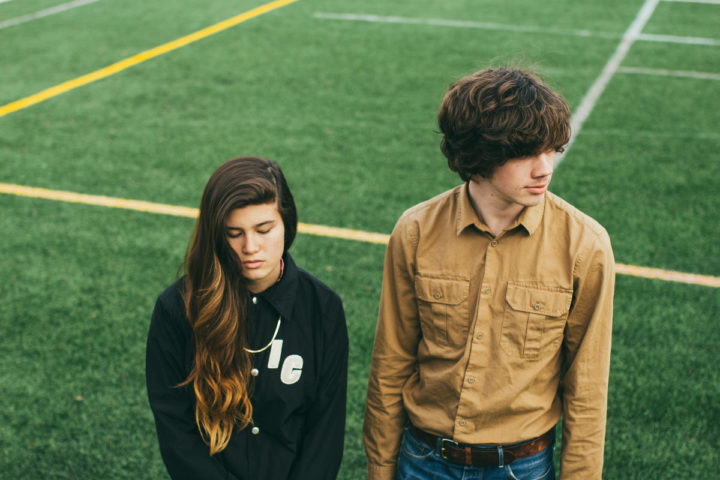 The very talented up-and-coming band called Disq turns up their tunes at 1:10 pm on the 2017 WORT Underground Stage at the Willy Street Fair this Sunday, September 17.   Isthmus describes Disq as “a dreamy power-pop act that sounds like a more psychedelic version of Pinkerton-era Weezer.”

Disq founders Isaac deBroux-Slone and Raina Bock have been gigging with music pros since they were in elementary school, and went on to wow the faculty during summers spent at the prestigious Berklee College of Music. With so much music in their blood and their lives, there was no doubt they’d be turning professional themselves before long. So the band was founded in 2014 and since then has opened for Whitney, Twin Peaks, Hippo Campus, Jam Som, Quilt and many others.

Disq’s first full-length album Disq 1 was released in July of 2017.  The duo reports that “the songs were recorded, variously, on a vintage 4-track in a cottage on the banks of the Mississippi, a rambling tobacco warehouse in rural Viroqua, and the basement of Isaac’s house in downtown Madison, WI. Mixing was done with the help of Smart Studios veteran Doug Olson.”

Disq is currently writing and recording tracks for their second album, but no need to wait for that — come see them live on the WORT Stage at the Willy St. Fair this Sunday afternoon!