On Tuesday September 4th, Cynthia Lin talked with Professor Mildred Elizabeth Sanders about the recent Republican and Democratic Conventions. Sanders addressed the issue of whether such conventions are still relevant. 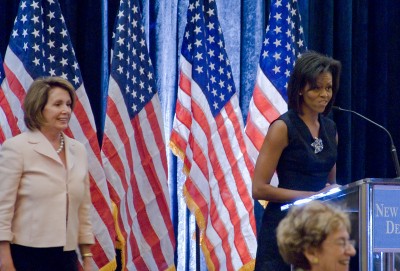 “Sanders is professor of government at Cornell University and author of “Roots of Reform” and a the forthcoming ‘Presidents, War, and Reform.’ Beginning Wednesday, she scheduled to be at the American Political Science Association Convention in New Orleans. Sanders recently wrote the piece ‘What We Should be Talking About: Romney’s Foreign Policy Advisers.’

She said recently: ‘The conventions  seem even less important this year, since we have an incumbent Democratic ticket, and two pretty well-known Republicans — plus an era of stable, highly-polarized partisanship that leaves little to learn about the two sets of candidates and their platforms.'”

To read articles by Sanders: