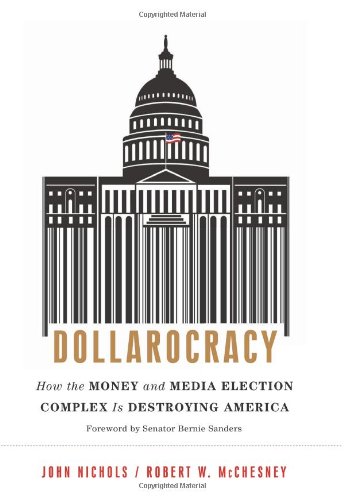 This 4th of July, Allen Ruff was joined by Bob McChesney to talk about his latest book co-authored with John Nichols, “Dollarocracy”. “Dollarocracy” examines what happens to democracy when big money is involved in elections.

The book’s website describes the idea of dollarocracy defined: “Billionaires fund the candidates in both parties and even when their candidate loses, big money wins. Billionaires push self-serving plans, like austerity, and when their agendas are rejected at the polls they regroup and re-purpose their failed ideas, buying them back into consideration. So we keep talking about the same proposals, even when voters want to move on. That’s not a real debate, that’s a propaganda exercise. That’s not democracy, it’s dollarocracy.”

Listen to John Nichols discuss this idea further. Both he and McChesney will be kicking off the publication of the book at U.W.-Madison on July 24th. Event info here.