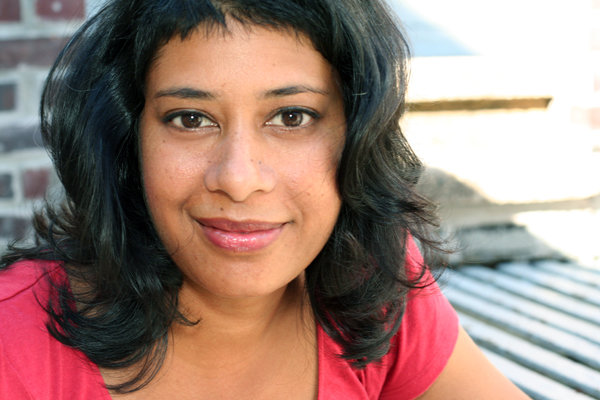 On Wednesday, May 8th host Karma Chavez interviewed Rinku Sen, the Executive Director of the Applied Research Center and publisher of Colorlines.com. They discussed the increasingly successful campaign by Colorlines to persuade media outlets to change the language they use about immigration – and drop the “I” word, illegal, as a term to refer to anyone who is not a US citizen or permanent resident. This language is particularly harmful and dehumanizing, because it implies that anyone who is entering the country is an criminal, despite the fact that these immigrants may very well have never been given the due process of law.

Rinku Sen discussed how she got involved in racial justice issues in college. As an immigrant, she explained her own experience and how it inspired her to become a leader for immigration reform today. She and Chavez talked about the growing issue of “crimigration” – a combination of criminalizing and immigration – and the strongly racial component that often accompanies it. They also investigated the growth of this issue following 9-11.

Throughout the show Karma Chavez read and discussed with Sen various quotes from her book, “The Accidental American.”

For the final part of the show, Rink Sen described the process of asking media outlets to drop the “I” word. She describes the struggle that has now earned compliance from many news stations, but explained that some news outlets, such as the New York Times, are still holding out.

To learn more about Rinku Sen or her book “The Accidental American”, visit her website:

Listen to the full episode: