On Friday October 5th, host Esty Dinur spoke with author and senior fellow at Political Research Associates Frederick Clarkson about the role of the Christian right in American elections and American politics. Clarkson wrote the book “Eternal Hostility: The Struggle Between Theocracy and Democracy” and is editor of Dispatches from the Religious Left: The Future of Faith and Politics in America. 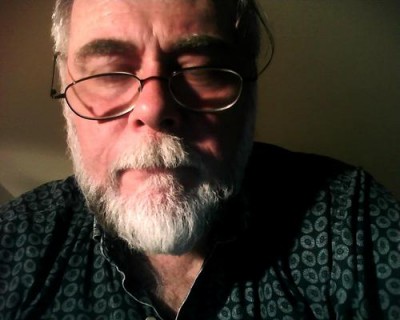 Clarkson has been researching and adding his expertise to the realm of politics and religion for more than 30 years. He recently stated, “This past weekend, Christian Right leaders including Pat Robertson, and Tony Perkins of the Family Research Council, staged a mediagenic rally in Philadelphia for more theocratic governance. Against the backdrop of Independence Hall, top leaders of the Christian Right urged some 10,000 ralliers and untold numbers globally on the GOD TV network, to work and pray for unambiguously political outcomes regarding marriage, reproductive rights, and separation of church and state. Rev. Samuel Rodriguez gave a version of his demagogic speech in which he declared that America will not be saved by the GOP elephant or the Democratic donkey but only by ‘the agenda of the Lamb who sitteth on the throne.’ Rev. Rick Scarborough of the Texas-based Vision America said that people should pray for government officials and the members of the Supreme Court. But if they fail to follow God’s will, then they should pray for God to ‘remove them.’ Pat Robertson said: ‘I don’t care what the ACLU says or any atheist says, this nation belongs to Jesus!’ The leaders of America for Jesus protested before during, and after the rally that it was an apolitical event. But they really doth protest too much. In a pre-rally interview with Charisma magazine Rodriguez said that Christians need to abandon political ideology and hold to a ‘biblical worldview and go biblical about it.’ But of course, going biblical does not necessarily mean going apolitical. One of the rally’s purposes was to launch a fast campaign called ’40 Days to Save America’ led by top Christian Right political figures, including Perkins, Rodriguez and Scarborough. The fast ends on Election Day. Hardly a coincidence. The Christian nationalism was as open as the raw religious supremacism and unambiguous political purposes of the event.”

Read more about Frederick Clarkson’s work at his website: