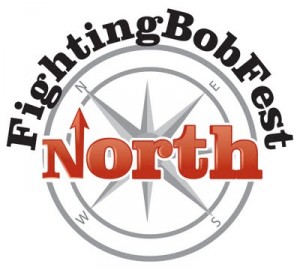 Freedom and justice are defended through education, and the exchange of ideas promotes solidarity among progressives. To this end, Fighting Bob Fest strives to provide citizens with a forum for democratic participation where frustrations with current policies can be constructively molded into calls to action”

“Phil Donahue and the DONAHUE show have been honored with 20 Daytime Emmy Awards, including nine for Outstanding Host and a George Foster Peabody Broadcasting Journalism Award.

Phil Donahue used the television talk show format he pioneered in 1967 to interview world leaders, celebrities, newsmakers and people from all walks of life. For over 29 years, DONAHUE examined human behavior, focused national debates on political and social issues and has provided a democratic forum for presidential candidates.”

To read more about Fighting Bob: