On Tuesday February 5th,  Anjuli Brekke brought WORT listeners stories of people trying to find solutions to the difficult problems the Democratic Republic of Congo faces. On Tuesday January 22nd she spent the hour discussing the crisis in the Democratic Republic of Congo with Maurice Carney, Executive Director of the Friends of the Congo. During the program they discussed the complicated history of the DRC and how this troubled past has impacted the current conflict. On this edition of A Public Affair, Anjuli followed up on that program with an exploration into possible solutions  to the conflict. she spoke with JD Stier from the Enough Project. JD is the Raise Hope for Congo Campaign Manager.JD has advised and co-founded numerous organizations with missions focused on improving the lives of those living in Congo. 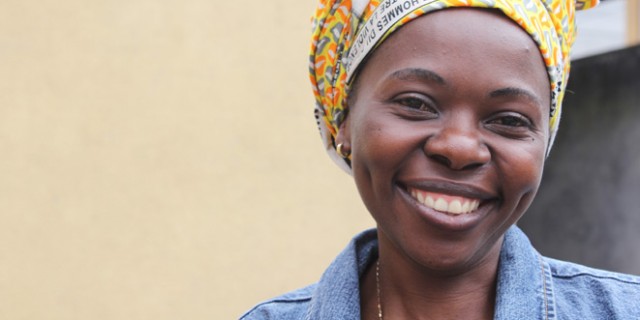 According to their website, “Raise Hope for Congo, a campaign of the Enough Project, aims to build a permanent and diverse constituency of activists who will advocate for the human rights of all Congolese citizens and work towards ending the ongoing conflict in eastern Congo. Raise Hope for Congo and the Enough Project collaborate with national and local groups across the U.S., as well as local Congolese organizations, to build this grassroots movement.

First we must raise awareness about the crisis. The campaign provides activists with the necessary tools to educate themselves and their communities about the conflict in eastern Congo, the role of conflict minerals funding the conflict, and the effects of sexual violence as a weapon of war used against Congolese women and girls.

Raise Hope for Congo works with the Enough Project to write strategy papers drawing on field analysis and develop targeted policy recommendations for the U.S. government. The campaign also developed a company ranking system to educate and empower consumers to make more responsible purchasing decisions regarding conflict minerals. The campaign works with activists to raise the profile of the Congo conflict in the media and demand that the media shine a light on this invisible yet catastrophic crisis.”