On Monday January 7th, host John Quinlan spoke with Tracy Baim and Patrick Farabaugh who discussed the role of the LGBT press in America in advancing LGBT rights. 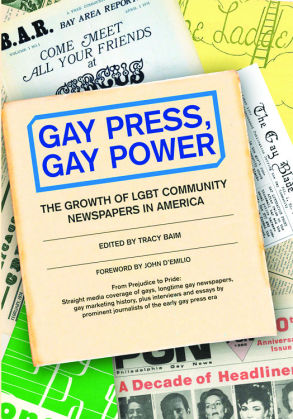 Tracy Baim is the editor of a remarkable new book called “Gay Press, Gay Power: The Growth of LGBT Community Newspapers in America.” A nationally-respected leader in this field for almost three decades, she joined us on the phone from Chicago, where she has been the founder and editor of publications that include The Windy City Times and Outlines. Patrick Farabaugh is the founder and publisher of the award-winning Madison-based “Our Lives Magazine.” He just arrived from Washington, where he witnessed the swearing in of both Tammy Baldwin and Mark Pocan as our new openly gay U.S. Senator and U.S. Representative. In many ways, this book is a compilation of highly personal stories that details inspiring integrity and sacrifice of hundreds of dedicated editors and reporters who strove against the prevailing prejudice of not so distant times to use the power of storytelling to unite and inspire us. (Patrick Farabaugh’s story in creating “Our Lives” is certainly one of those.) In the process, they were able convey the realities of the life of LGBT people out into the mainstream world in an authentic way, that broke down barriers, and transmitted important truths. It’s also filled with powerful historical insight and analysis. At a time when one gay reporter quoted in the book believes we’re entering the “final stages” of the movement for LGBT rights–when gay marriage is being embraced by a majority of Americans and elected officials like Tammy and Mark are entering the mainstream–what role has the LGBT press played in getting us there? How has the LGBT press captured our history in ways that go deeper and are more culturally nuanced than the coverage we receive in mainstream media? What place do LGBT publications, and other publications serving minority communities, have in the new realities confronting journalism today?