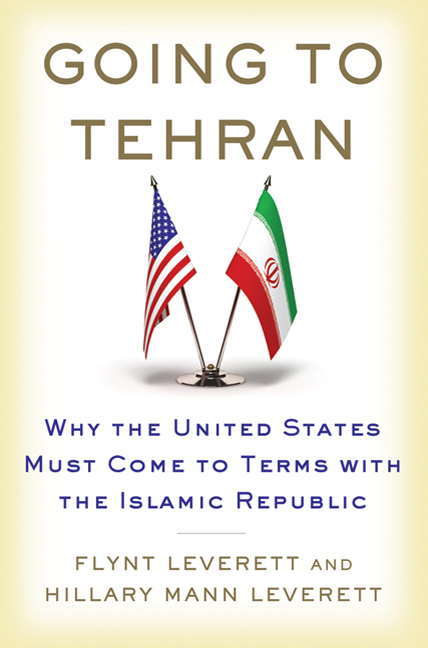 On Friday, May 3rd host Esty Dinur interviewed Flynt Leverett on his new book “Going to Tehran.” Co-authored with Hillary Mann Leverett, “Going to Tehran” offers a new perspective on our conflicting policies with Iran and proposes potential solutions. Copies of the book will be available during our upcoming pledge drive June 3rd-16th.

“Less than a decade after Washington endorsed a fraudulent case for invading Iraq, similarly misinformed and politically motivated claims are pushing America toward war with Iran. Today the stakes are even higher: such a war could break the back of America’s strained superpower status. Challenging the daily clamor of U.S. saber rattling, Flynt and Hillary Mann Leverett argue that America should renounce thirty years of failed strategy and engage with Iran—just as Nixon revolutionized U.S. foreign policy by going to Beijing and realigning relations with China.

Former analysts in both the Bush and Clinton administrations, the Leveretts offer a uniquely informed account of Iran as it actually is today, not as many have caricatured it or wished it to be. They show that Iran’s political order is not on the verge of collapse, that most Iranians still support the Islamic Republic, and that Iran’s regional influence makes it critical to progress in the Middle East. Drawing on years of research and access to high-level officials, Going to Tehran explains how Iran sees the world and why its approach to foreign policy is hardly the irrational behavior of a rogue nation.”

To read more about the book, visit the website:

To listen to the full episode: