This week is the “Defend Choice” week of action, a campaign from national Democrats working to mobilize voters after the fall of federal abortion protections.

As part of that national campaign, supporters sporting signs with the slogan “Defend Choice” gathered with the press this morning, inside a cramped room at the Democratic Party of Wisconsin’s headquarters on the capitol square. 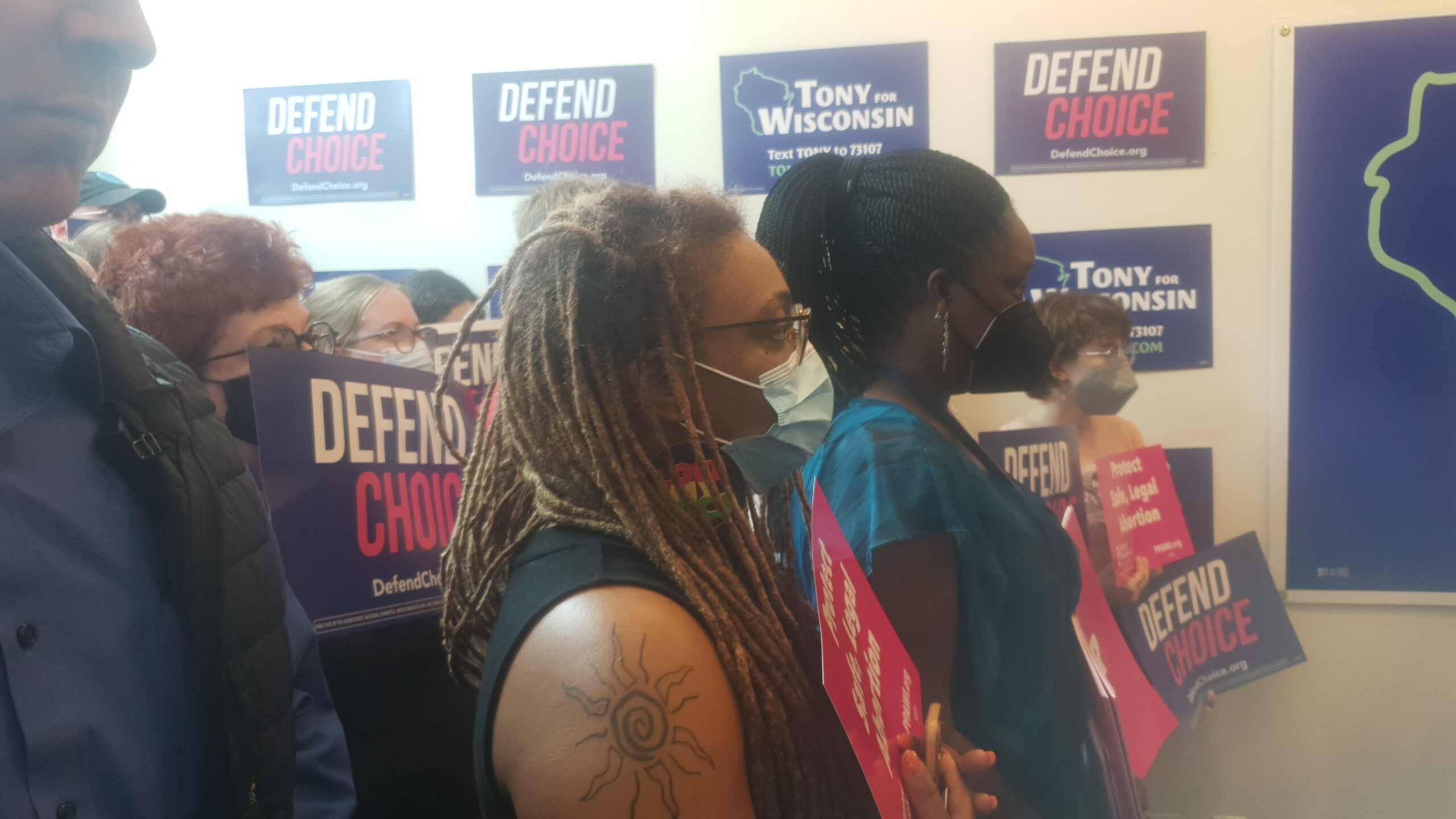 Dane County Supervisor April Kigeya kicked off the event. She criticized Republican candidates for governor who have vowed to enforce Wisconsin’s harsh 19th-century abortion plan in the wake of Dobbs.

Kigeya states, “People of color and low income people who are already very vulnerable have worse health care outcomes and often times struggle to access medical care. The GOP attacks on abortion have real-time consequences for Wisconsinites. We can not have people in office who do not support a person’s right to make their own decisions about their reproductive care.”

In anticipation of the fall of abortion protections in June, State Representative Lisa Subeck introduced a proposal to preserve reproductive rights in Wisconsin. Today, she said she was concerned that a win by Republicans in November would mean even fewer reproductive rights.

“This is personal. The stakes are high. Abortion is on the ballot. And it’s not just abortion, it is about the freedom to make our own decisions about when and if we start a family. It is about our freedom to set a course for our own futures. That is what’s at stake with the Dobbs decision,” Subeck said. She continued, “This isn’t just about abortion, it’s about who decides. It is about our basic freedom. It is about whether you can make choices, for yourself, that affect you, your family and your future, or whether you believe politicians should make that for you.” 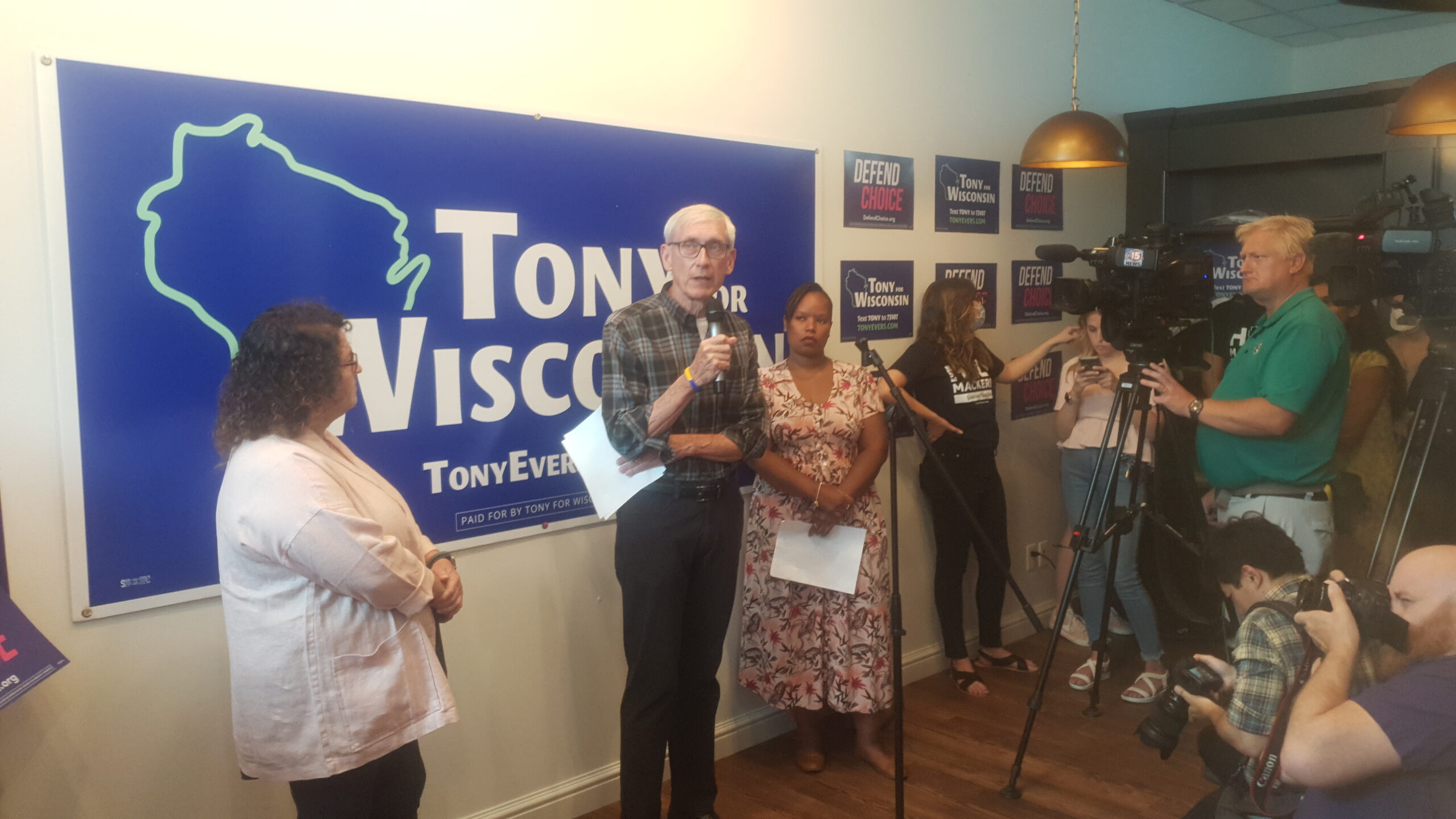 Meanwhile, Governor Evers told today’s attendees that he would grant clemency to those who provided abortion care in spite of the 1858 ban. 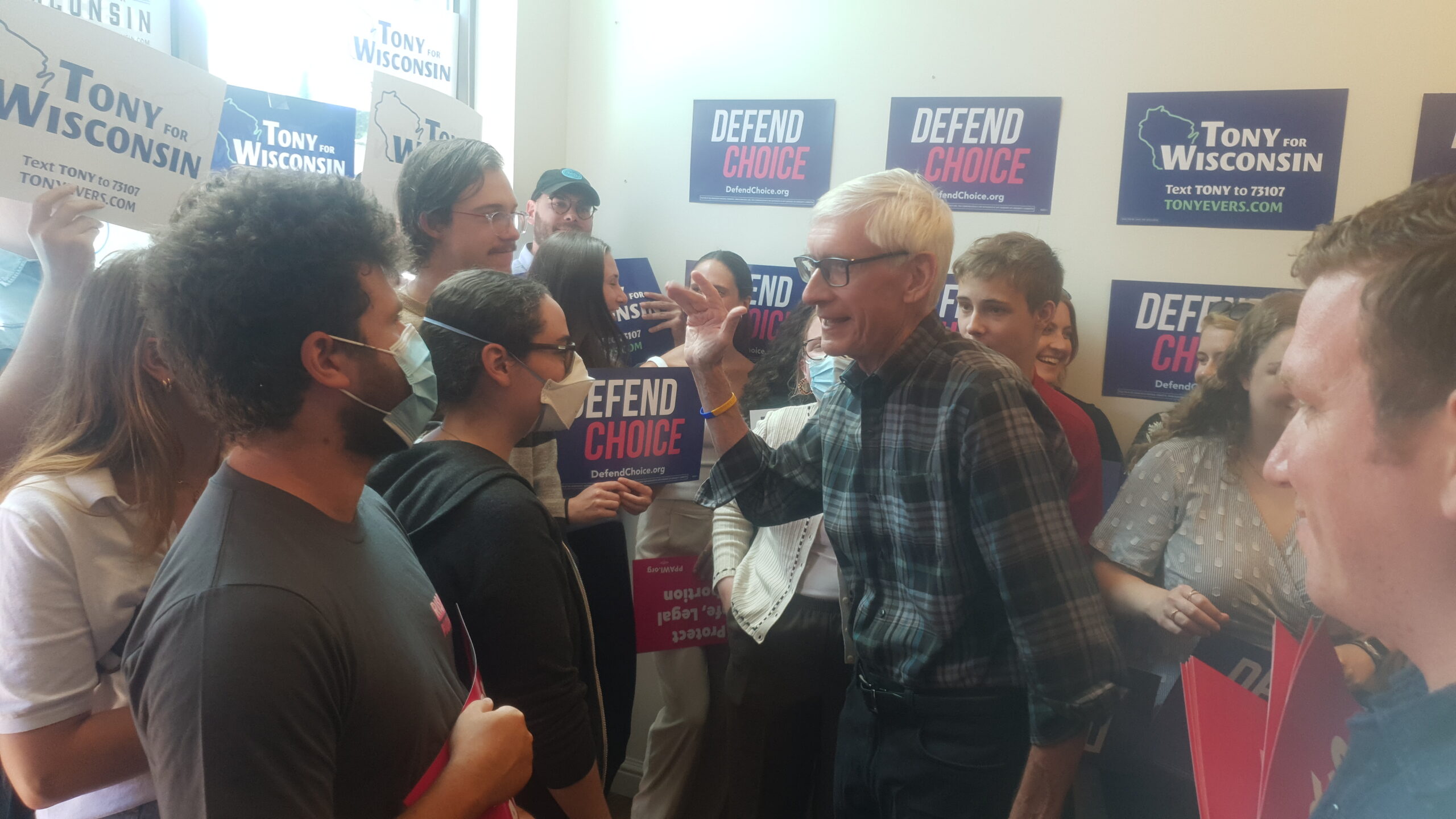 Governor Evers alleged that after a decades-long conservative push to overturn Roe, his Republican opponents are now scrambling to make things like inflation their driving issue.

He stated, “It’s because they’re ducking. They’re trying—they’re position on abortions. If they can’t talk about, y’know, making lemonade out of lemons for God sakes, and Michels’, I can’t ever remember his comment but it was equally egregious around this issue. That’s why they’re not talking about it. They’re going to talk about, y’know, roads… Yes, all those issues are important. Are people going to be making decisions on re-electing me on all sorts of other things? Of course.” 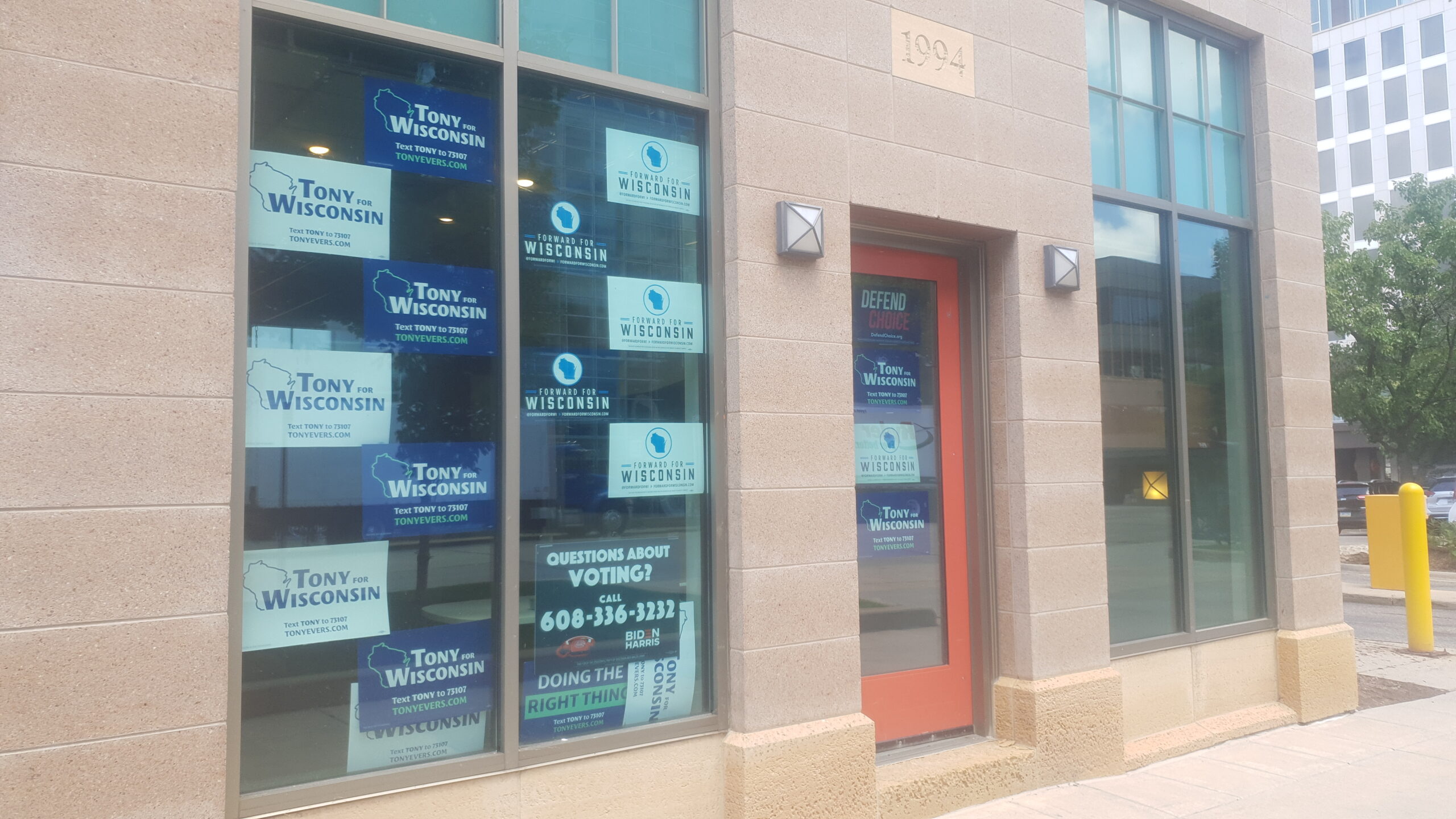 According to the latest poll of registered voters from Marquette Law School, which was conducted prior to the Dobbs decision, inflation was of the most concern with 75% of voters feeling “Very Concerned.” Abortion policy was cited as “very concerning” by 58% of voters.

The August 9th partisan primary is now less than four weeks away.