Due to unfortunate circumstances, the Ad Hoc String Band will not be able to perform at WORTstock on May 22.

Grandpa’s Elixir will now perform at 1:15 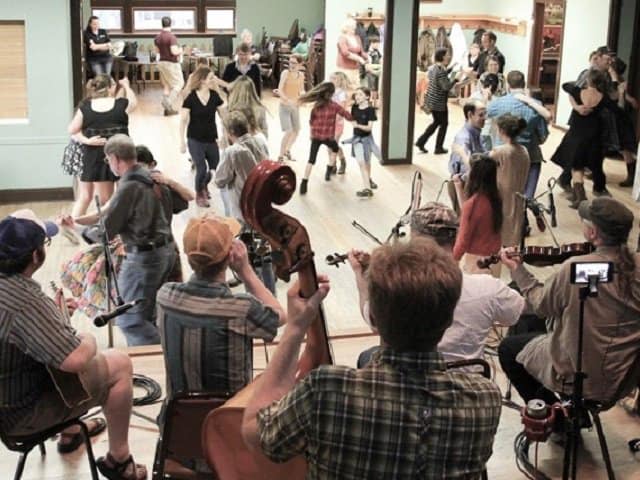 We are so excited to have Grandpa’s Elixir step in and ensure some foot stompin’ old time music. Grandpa’s Elixir is a folksy Madison string band trio that performs vintage styles of music such as their trademark square dancing, jug band, fiddle romps, and country blues. However, they are also well-known for many tavern and even street performances. In recent years, the band has garnered a steady reputation for hosting and performing square dances as well, one of which took place at Madison’s Wil-Mar Center. Called the Cabin Fever Square Dance, you can see and hear them play at the event by clicking here.

The members of Grandpa’s Elixir met each other by playing music together. Peter Werts & David Stabbe met at a jam session at a Minnesota Bluegrass and Old-time Music Association festival in 2004.  Peter moved to Madison in 2009 and soon met Brian Hirsh at a local bluegrass jam. And Dave & Brian had played together before in Trails End String Band after meeting at yet another bluegrass jam.  Formed in 2011, Grandpa’s Elixir has been playing its unique mix of old-time music, country blues, jug band and fiddle tunes at dances, taverns, community centers, co-ops and private parties throughout South Central Wisconsin. Playing square dances is a fun part of that mix. In January of 2016, the band hosted its first self-funded event, the Cabin Fever Square Dance in Madison’s Wil-Mar Neighborhood Center. The dances grew in popularity and the band was regularly joined by fiddle master Chirps Smith and caller Dot Kent.  Grandpa’s Elixir has an ongoing monthly performance at the Malt House in Madison (the first Monday of every month) & looks forward to making people dance again!

One of the creative lynchpins of Grandpa’s Elixir is their use of instruments and playing styles that “keep alive the music of a bygone era.” This includes playing exclusively vintage instruments such as mandolins, upright bass, fiddles, banjos, and ukuleles. There is a wholesome and uplifting quality to their music as well, connecting the listener to the roots of American culture and our ancestors’ beginnings. Demonstrating their devotion to the spirit of the past transports the audience to a less-complicated world—a world in which one is free to express themselves and dance to their heart’s content.

We hope you will be able to join us for a great day of music, food and fun! More information about WORTstock is available HERE.