On Thursday December 20th, host Allen Ruff spoke with Journalist/blogster Mark Ames, author of “From ‘Operation Wetback’ To Newtown: Tracing The Hick Fascism Of The NRA.” 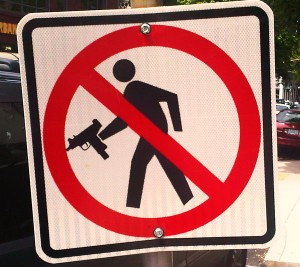 Ames wrote in his piece, ” …Until now, I have largely avoided getting dragged down into the gun control debate, in part because gun proliferation doesn’t explain why “going postal” first exploded into the culture in the late 1980s, and has worked its way into the American DNA ever since. Gun control or lack thereof doesn’t explain why these kinds of rampage shootings only appeared in the late Reagan era and spread ever since then. And there must have been my own personal prejudices too — I grew up with guns, and despite a couple of bad episodes involving guns and a drunken violent stepfather, I have a reflexive contempt for people who haven’t gone shooting and tell you that gun control laws are the answer.

Well, guess what? Their knee-jerk solution is more right than mine….”

Read “From ‘Operation Wetback’ To Newtown: Tracing The Hick Fascism Of The NRA:”